The Benue State Governor, Samuel Ortom, on Friday, reiterated his call to people of the state to rise and defend themselves from external attacks, particularly by militia herdsmen.

Ortom made the call at Adoka in the Otukpo Local Government Area of the state during an address at the funeral of Mama Enenu Ebute, the mother-in-law of the Deputy Governor, Mr Benson Abounu.

The governor described Israel as the chosen heritage of God, saying it did not allow its people to be killed in such a manner without defence.

He said, “Our people have had enough of these killings and they should rise to defend themselves against any external attack. We need to live.”

The governor urged patriotic Nigerians and men of good conscience to speak out against the ills in the country, pointing out that support and synergy with security agents was imperative in the fight against banditry, terrorism and other forms of criminality.

He lamented that hundreds of villages in Benue State had been sacked and thousands displaced by marauding herdsmen, noting that such portended danger for the state as the food basket of the nation.

Ortom admonished the people of the state to put politics aside and join hands with the government to fight for the survival and soul of Benue State, which he said was under siege.

While expressing the belief that the deceased lived a worthy and fulfilled Christian life and would be enjoying eternity in heaven, the governor prayed God to console the bereaved family members, stressing that he was happy to be associated with the Abounu family.

In a homily, the Archbishop of Abuja Diocese, Most Rev Oche Job, said there is life hereafter and encouraged them to embrace Christ as their personal Lord and Saviour.

The wife of the governor, Mrs Eunice Ortom; the Speaker of the state House of Assembly, Titus Uba; Senator Abba Moro; former Deputy Governor, Chief Steven Lawani; and members of the Benue State Security and Executive Council attended the ceremony.

2,000 farmers to benefit from cocoa production partnership in Osun

[LongRead] The ‘benevolence’ of Odidigborigbo. Just how much did Ibori siphon out of Nigeria?

A very shocking piece of news is coming forward where it is reported that the popular influencer Paige Rice has died. Yes, the 22-year-old influencer was involved in a tragic crash with a taxi on October 17. The accident happened in the Queensway tunnel in Liverpool. Ever since the news of her passing came to light, netizens are paying the young woman a tribute on their social media platforms and are remembering her. However, users are also searching about her cause of death and about the details of the horror smash. Here’s everything we know about it.

As per reports, Paige Rice’s boyfriend was the one driving the car which was identified as Audi S3. Then, their vehicle met with an accident as it collided with a taxi. It all happened around 12:25 AM. After the horrific accident, the couple was immediately taken to hospital as they had gotten multiple severe injuries. Despite the medical staff attempting their best to save both of their lives, they couldn’t save Paige Rice which resulted in her death. Presently, Paige’s boyfriend is still in hospital and fighting for his life.

On another side, the taxi driver was also injured in the accident. The 40-year-old driver also happens to be in a serious condition and is admitted to the hospital as well. Undoubtedly, the news brought a sad wave as no one had expected the influencer to leave the world this sooner. She was so young to have said goodbye to the world. Paige Rice’s mother Clare Rice also paid a heartfelt tribute to her daughter. She said that Paige was a beautiful woman inside and out and her smile used to light up the entire room and expressed her sadness on losing her daughter at a very young age.

Talking about Paige Rice, she was a 22-year-old influencer belonging to Marston Green. At the time of her saddening death, she was working as a nail technician and was also selling cars to make ends meet. Paige’s mother revealed that they had recently talked about death and had added that Paige had discussed how she would like to be remembered. She shared a picture with her children on Instagram and wrote a lengthy caption. Paige’s mum wrote that she feels overwhelmed by the love and support she has been getting after her daughter’s death. Besides, police have started their investigation in the case to find out more details about Paige Rice accident and death.

Hello, all the peers and welcome back to Social Telecast, we all have a curiosity to know about all the information about the famous personalities across worldwide. Nowadays, Coronavirus is affecting worldwide and these famous personalities contributing their best to overcome this hazardous situation So, we are going to inform you about one of the famous oneself Francis Leo Marcos. He is the chairman of one of the most rapidly developing infrastructure Marcos Group in the Philippines, the chairman of the company has donated hugely during the quarantine. Marcos wins the heart of the people and patients of the Philippines. By donating that much he becomes an example for all the businessmen to emerge as helping hand of mankind and help them to defeat such crisis.

So, as we mentioned above Francis Leo Marcos is a Filipino national businessman, he is a CEO and Owner of Marco Group of companies. He is net worth is in millions. However, none of the information available about the exact birthdate, but according to reports, it assumed that he was born between the 1980-1990s in the Philippines. Currently, he is in 35 years of age and achieved a lot in life. He did his schooling from  Massachusetts and went to the USA for higher studies, where he qualified for his graduation in business degree from Massachusetts Institute of Technology Boston, the USA in 1997. After becoming a graduate he came back to the Philippines. 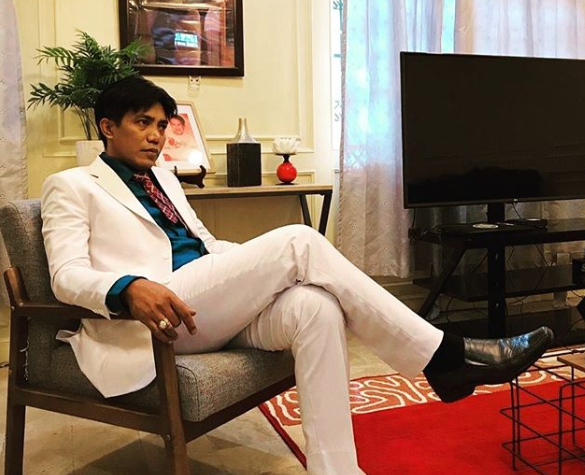 All the information about Marco’s family including his parents are under review, according to the report we find that he is married, although his wife’s name isn’t available anywhere on the internet, it is a kind of secret for us yet. His Children’s information not available as well, it is quite difficult to say how many children he has right now. His height measurement is under review and he weighs around 50 KG has a slim body along with eyes and hair of black color.

Francis Leo Marcos got rapid fame overnight when he decided to donate 1 sack f rice to 100 families in Payatas during the time of the lockdown. People of Philipines admiring him and his contribution toward the society in such a crisis. Along with this he also got fame from his Mayaman Challenged video generating buzz on social media lately.

According to the latest report, Francis Leo Marcos the CEO and owner of Marcos Group have a net worth of 430 Million to $ 1 billion. It is only expected Net worth if all the assets and investment will add into the Net Worth, it must higher than his assumed Net Worth. If you want more information on Francis Leo Marcos you can follow him through his social media accounts till then stay tuned with Social Telecast for more information and the latest updates on current affairs.

One of the famous and successful American football coaches Nicholas Robert Rolovich is smashing the headlines nowadays. Well, according to the latest reports, he was expelled by a top US college after he refused to be vaccinated against the dreaded virus. The latest reports issued by the college inform about the reasons behind his termination from college. He is one of the highest-paid employees on the campus. Along with him four of his accompanies also terminated from the job due to the same reasons. All of them refused to get vaccinated against the virus. 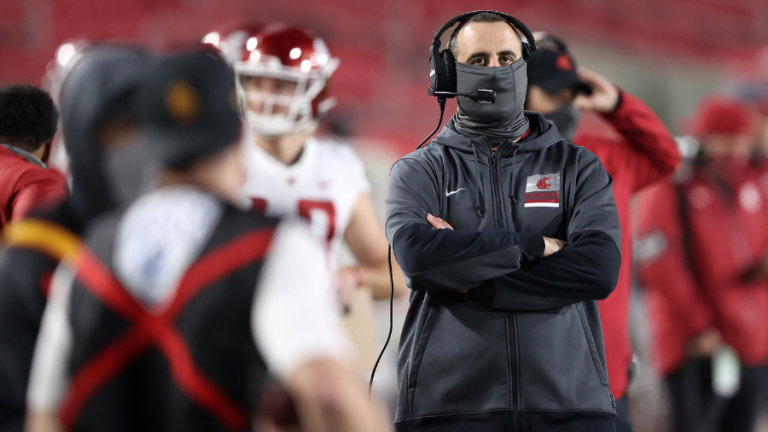 On behalf of the reports, the coach has fetched around $3.1 million within a year. He also applied for a religious immunity that got denied by the authority. Pat Chun who is the director of Athletes in Washington State University rejected the proposal. Later, Mr Chun expresses his disappointment, he stated “This is a disheartening day for our football programme.” He then shows his concern for the health of the athletes. Mr Rolovich’s dismissal marks the culmination of a three-month showdown between Koch and Washington’s Democratic Governor Jay Inslee.

A couple of months ago, Gov Inslee declared that all the employees of the state along with the healthcare workers have to get two doses of Covid-19 vaccination. It further declared that only vaccinated employees will continue with their jobs. The government also announced the deadline that had been decided on 19 October 2021, Monday. The employees who wouldn’t get vaccinated to date have been terminated from their job and Rolovich is one of them. However, Rolovich hasn’t any kind of regret on this. He said that he wouldn’t get vaccinated says it is his personal decision. He further says that he respects the decision of everyone and does not question the decision of other coaches, staff, and students. But he is determined with his decision.

As of now, around 90% of Washington State University have been vaccinated. Alongside, 97% of the students also got vaccinated claimed by the college. While returning to Mr Rolovich, he is the first prominent coach of the university and was continuing with his second season in the college. But, now the coach lost his job because of his decision calling it a personal decision without revealing anything. Stay tuned with Social Telecast for more information and all the latest worldwide updates.

Who Is SZA? Trending On Twitter SZA Train Ran On Her Video Check Details