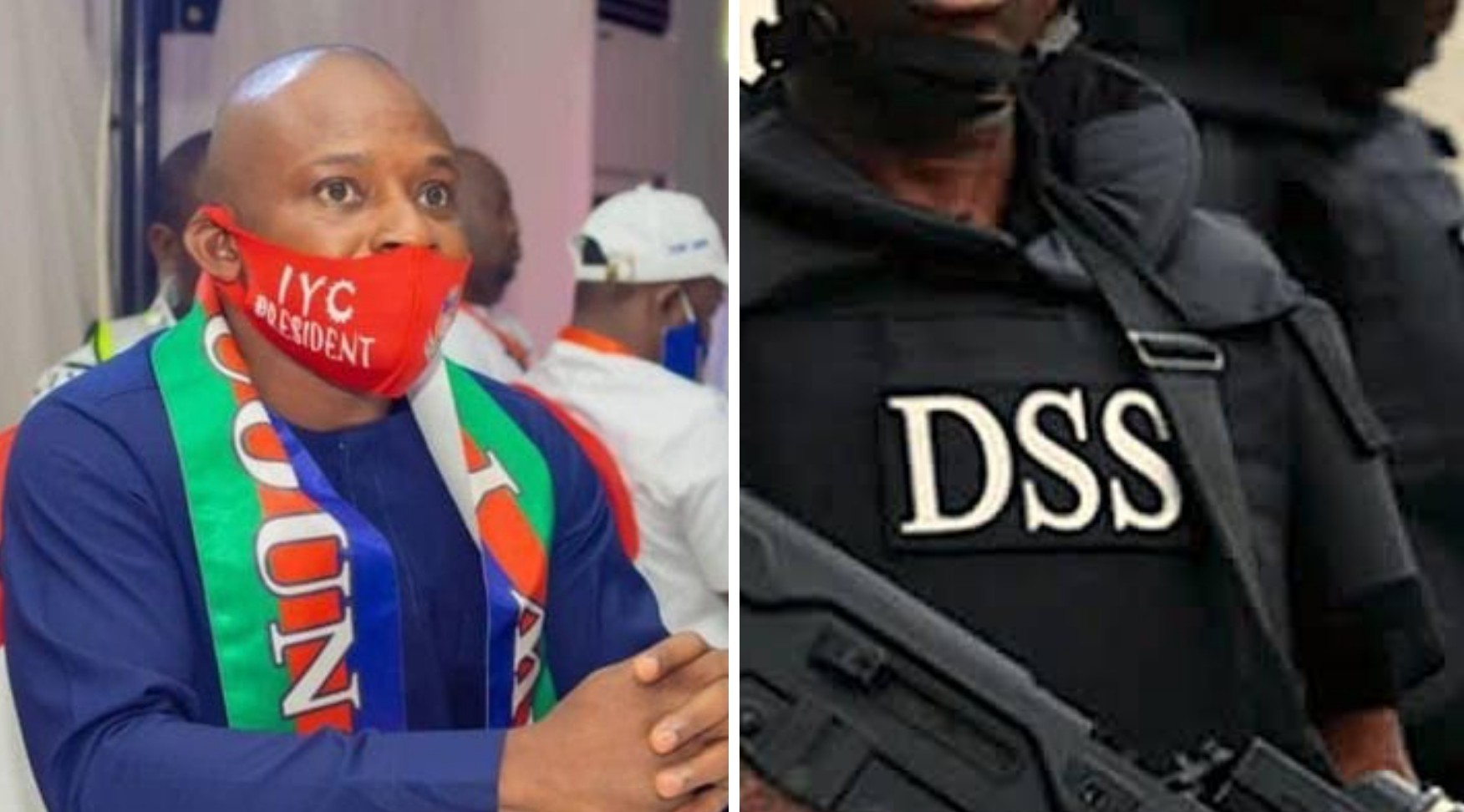 The Department of State Services (DSS) has said its operatives did not arrest President of Ijaw Youth Council, Comrade Peter Timothy Igbifa.

Spokesperson of the Service, Dr Peter Afunanya, in a WhatsApp message on Tuesday said: “The DSS has nothing to do with the alleged arrest or whisking away of President of Ijaw Youth Council, Comrade Peter Timothy Igbifa, by suspected masked men.”

There has been uncertainty over Igbifa’s whereabouts.

WITHIN NIGERIA had earlier reported the circumstances surrounding Igbifa’s abduction.

Igbifa in his last words to his personal driver, said: ” I am kidnapped but tell the people that the protest must hold, nobody can infringe on the right of Niger Delta people”.

The Ijaw Youth Council had earlier planned a peaceful protest schedule to hold Wednesday over the refusal of the Federal Government to constitute Board of Directors for the Niger Delta Development Commission, NDDC.

Igbifa had given all oil multinationals seven days to evacuate their employees from oil platforms in the region ahead of the protest.

While some sources claimed that Igbifa was kidnapped by masked gunmen, others said the IYC boss was not abducted.

[OPINION] Is creativity the silver lining for unemployment amongst the youth in Africa?