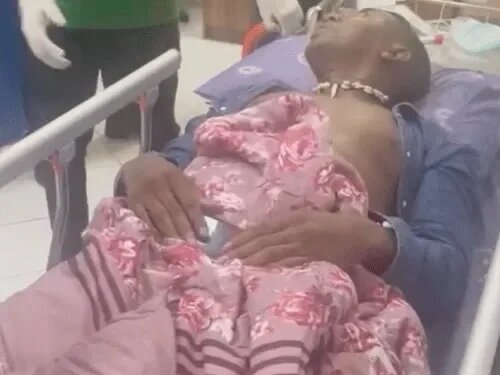 Aareonakakanfo of Yorubaland, Gani Adams, has warned that any attempt to eliminate Convener of Revolution Now, Omoyele Sowore will be resisted.

The Yoruba generalissimo gave the warning in a statement released by his Special Assistant on Media, Kehinde Aderemi.

WITHIN NIGERIA had reported that the publisher of online publication, SaharaReporters was allegedly shot at by a female police officer during a protest at the Unity Fountain in Abuja on Monday.

In the statement titled, ‘Adams condemns police over shooting’, Adams was quoted urging the Federal Government to “concentrate on finding a solution to the security challenges in the country”, maintaining that “any attempt to eliminate Sowore would be resisted by well-meaning Nigerians”.

“Nigeria is heading towards a tailspin. How can you explain the attack on peaceful protesters in a country that prides itself as democratic? The attack was a show of shame.

“It was a reflection of the Federal Government’s intolerance to the opposition. It is only in Nigeria that the government feels uncomfortable with opposing voices. In developed climes, democracy is about being tolerant of opposition.

“What else does this government want from the young activist? FG had restricted his movements to Abuja and his freedom and businesses had been trampled upon. He couldn’t have access to his immediate family. So what does the FG want from the activist?” he said.