The Episode starts with Bondita entering the washroom. The men look at her. She thinks I need to reach the court in time, that’s more imp than women’s shyness and these staring eyes. She goes inside the washroom. Judge says if Bondita doesn’t come in time, then the case will be shut forever. Subodh says its your mistake to teach this to Bondita. Anirudh says I have taught her to fly as well, she will fly and come here if needed. Trilochan says where are you Bondita, come soon. Bondita stops the judge from leaving. She says sorry to come late. Subodh says you came late, the judge won’t take your plea, you have lost. She says no, there are still 8 seconds left, check your watch.

Judge asks her to present the appeal documents. Anirudh smiles and thinks I feel proud hearing your name as barrister Bondita. Bondita thinks whatever the reason for your silence, I will prove your innocence. She appeals to reopen the case. Anirudh thinks forgive me, I m helpless. Subodh says Anirudh has accepted the crime. Bondita says barrister doesn’t listen to anyone, they just see the evidences and hear the witnesses, hundreds of criminals might get free, but no innocent person should get punished. Judge reopens the case. He says Bondita has to gather the evidences quickly and present in the court, else Anirudh will get hanged on the same decided day, the court is adjourned till the next hearing. Everyone claps. Bondita asks Subodh to have the prasad. She says you won’t eat it, you added Jamaalgota in it, to make me come late in the court, two big changes happened here, a woman fought the court case for the first time today, and now men and women are equal in the court’s washroom as well. Subodh goes. Anirudh is taken by the police. Bondita looks on.

Bondita talks to Anirudh’s pic. She says I know you will be showing me the path. She says Anirudh isn’t telling me anything, I have to make the incident chart to know why did Anirudh need to shoot Chandrachur. She recalls the incidents and looks on. She says Anirudh’s anger had calmed down, then why did Anirudh run after Chandrachur, what shall I do. Binoy comes and wipes the board. He asks her to play. He says get Anirudh, I have to play with him. She says I won’t get angry on you, you have helped me by wiping this, I will write again and wipe it, I will write until I study what’s hidden, I promise I will bring Anirudh back. She takes his blessings.

Its morning, Bondita meets Anirudh. She gets food for him. She says a wife is breaking the rules, a wife doesn’t follow any rules when its about her husband’s happiness. She feeds him. Rishta tera mera….plays… She says you remember your promise, you won’t hide anything from me. He says yes. She asks what happened between you and Chandrachur that day, tell me, why did you fight. Anirudh recalls. Bondita says look at me, look at my sindoor, our gathbandhan didn’t open up right, tell me for the sake of our marriage. He refuses. She says fine, stay quiet, I will ask the family members, they will tell me something, truth will come out.

Bondita talks to everyone at home. She notes down things. Tupur gets angry. She says I don’t want to save the man who killed my husband, Anirudh is the murderer, he will be hanged, you can’t save him. Bondita cries. Binoy gets angry and says she isn’t good. Bondita calms him down. She apologizes to Tupur and says tell me if you recollect anyone. Tupur says I don’t remember and don’t have to say. Binoy says she is very bad, she doesn’t say the truth. Bondita thinks truth has to come back some day. Tapur comes. Bondita questions her. Tapur cries and says I didn’t see anything, I don’t know. Bondita says its fine, why are you crying. Thakumaa says Tapur has a fear in her heart, come, you need rest. She takes Tapur. Bondita thinks.

Its morning, Bondita meets Anirudh. She says you can tell your barrister about the matter, what happened that night, are you going to save someone from family or any relative, just write everything in this diary, I promise, we will together save that person. She turns away. He doesn’t write anything. Bondita gets upset. She says you didn’t tell anything, but your silence told everything, I know you are innocent, you are trying to save someone dear by taking the blame on yourself.

Precap will be added later

Bigg Boss 15 is one of the extremely famous reality show among the various other available shows. Yes, it is true that there are billions of fan following of this show and mostly every fan watch this show on a daily basis. One of the well-known factors behind its popularity is host Salman Khan. In the history of Bigg Boss’s journey, no one can able to replace Salman Khan as host of Bigg Boss. Let’s begin the written update of the upcoming episode of this season which is Bigg Boss 15. 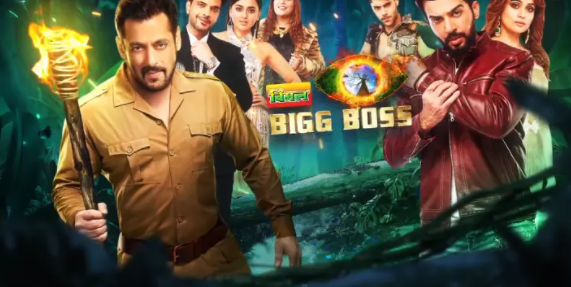 In last night’s episode, we have seen that all the house members and Jungle members had to perform a task as per the order of Bigg Boss. The task was all about Daaku and housemates. Jungle contestants had to take things from housemates. During the task, there were many conflicts that converted into big fights. The most common warriors of the BB 15, Jay Bhanushali and Pratik Sehajpal always appear in fights.

In the recent task, Jay and Pratik got into a fight because when they pushing each other but Jay abused Pratik. After this, the situation becomes terrible and everyone just tries to separate them. While on the other side, Jay got into an argument with Shamita which was also an interesting part. She tells him that their team was unnecessarily pushed the gate.

In today’s episode, you will see Karan Kundra and Jay Bhanushali gets in the conflict between them. Even there are some signs that the path of these two contestants becomes different. You will see Karan Kundra telling Jay that he reacted unnecessarily and as they decided that Jay will not argue with Pratik. But he did it again.

The nominations round has been started and there are several contestants who have to cross this challenging eliminations round. In the nominations Vishal, Donal, Akasa and many more. If you want to watch the show then you watch it on Colors tv as well as on OTT platform Voot also. For further related news stay in touch with us.

In today’s episode of Barrister Babu, Anirudh and Bondita have united. They have gone through a lot all this time and now after facing continuous difficulties and trouble, they have finally come together. With that, the pair has also ensured that Chandrachur pays for his crimes and all the pain he gave them. As previously it was shown that Chandrachur had gotten arrested, Bondita and Anirudh get shocked learning that Chandrchur has escaped with the help of his goons. The news shocks them as they were just celebrating his arrest and his departure from their lives.

Anirudh gets tensed hearing that Chandrachur fled with the help of the goons. He asks his men to search for him as he can be very dangerous. He fears thinking Chandrachur causing trouble to his love Bondita. However, amidst everything, Anirudh and Bondita don’t leave a chance to romance as they have united after a very long time. They begin their married life and look forward to spending it happily. Here, Trilochan finds out about Chandrachur’s whereabouts. He decides to punish him more than the court has decided for him. Trilochan starts torturing Chandrachur after finding out about his long crime list. 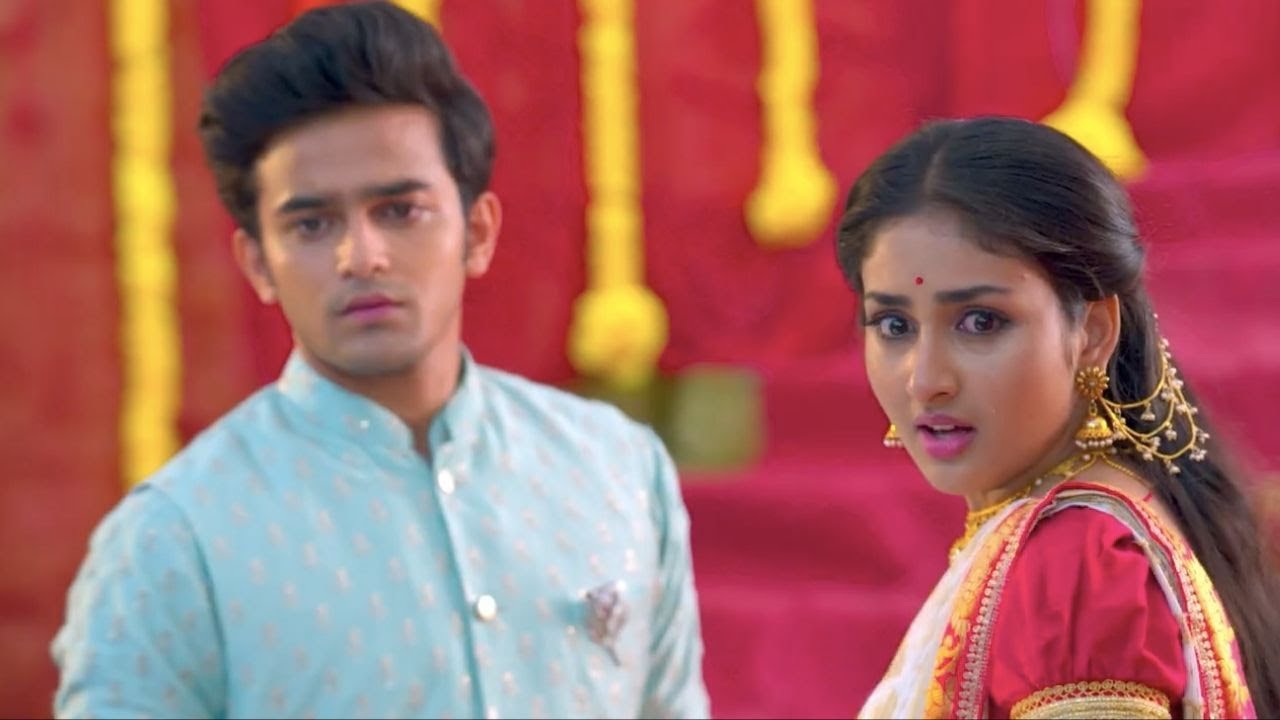 Trlochan compels Chandrachur to beg for his life as he keeps torturing him, On other side, Anirudh’s brother Batuk enters the story. He is shown to hate Bondita. Yes, Batuk will play a negative character and he will desperately hate Bondita. Batuk finds Bondita responsible for his family’s segregation and for this reason he will always blame her. His entry will definitely bring many twists and turns to the story. However, Bondita is unaware of Batuk’s hatred towards her and still consider him as a good friend. Soon, the changed storyline will start as Thakumaa and Chandrachur’s chapter has already ended.

Besides, it will also be shown how Trilochan has started to feel insecure about Bondita. He is grateful for Bondita as it was her who saved Anirudh by proving him innocent. Here, the villagers are also praising Bondita only which affects Trilochan. He talks to Batuk about how the villagers are sidelining Anirudh and are only focusing on Bondita. He adds that if this continued, Bondita will soon overshadow Anirudh and it will affect Anirudh’s future. Batuk gets angry at Bondita even more. For more written updates of Barrister Babu, keep following our site. Stay tuned to this space for further exclusive updates.

The latest episode of Kumkum Bhagya begins with Aaliya and Rhea talking about Pallavi saying that she wants her to go on a honeymoon trip with Sid and she is just thinking that how can she go on the trip when they are not feeling up in this relation. Aaliya asks her if she has given some hints to Pallavi about the divorce. Rhea denies saying that she does not tell her but perhaps she will get to know about it and that too very soon.

Sid opens his mouth to say something while a guest comes to their house, Aaliya suggests Rhea control her anger because Sid is like a bridge between her and Ranbir, she then tells her that she should not be so angry until the right moment come and till then she has to be happy with Sid, Rhea looks on, she says her to apologize to Sid. Rhea asks her why should she say sorry to him for the words she said in anger, Aaliya asks her if she has any other option. Aaliya tells her that if she really wants to go close to Ranbir then she has to go on a honeymoon with Sid. 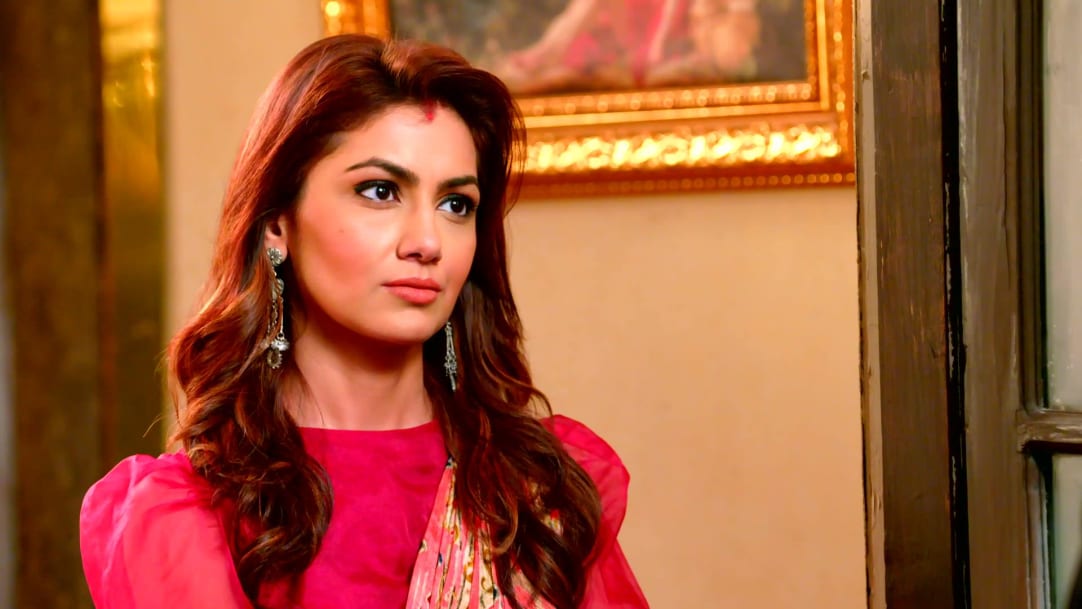 Rhea again asks Aaliya that how will she come closer to Ranbir if she goes on a honeymoon with Sid. Aaliya tells her to keep her mind open because she is dumb, Rhea looks at her and asks the plan, Aaliya tells her that she just has to create a scene that will force Ranbir to come to her bedroom so that she can go closer to him and avail the situation. Aaliya then tells her that she loves her so much as she used to love Purab and she is seeing the same love in her eyes for Ranbir hence she helping her.

Rhea asks her that what she did for Purab, she tells her that when she was crazy for Purab at that time she made a plan where Disha caught them in the bathroom, and from that day she went from his life. She says that she has to do something the same as this so that Prachi will catch you both together in a weird situation so she must leave his life. Rhea smiles thinking that now she will get success, Aaliya says “you have to set your destiny to spoil Prachi’s destiny and to make your one”. The episode ends here to stay connected to know what happened next?