The 30th September 2021 episode of Bade Achhe Lagte Hain 2 begins where Ram expresses his excitement for his wedding because he wants to marry Priya as soon as possible. Because an anonymous rope is attracting him towards and hence, he is getting feelings for her. Everyone is glad for him because finally, he is going to make an alliance with his perfect one which is quite incredible. Everyone is enjoying the function by dancing his all siblings and friends are pulling his leg, by saying that Priya will definitely make him improve because she is too sagacious. 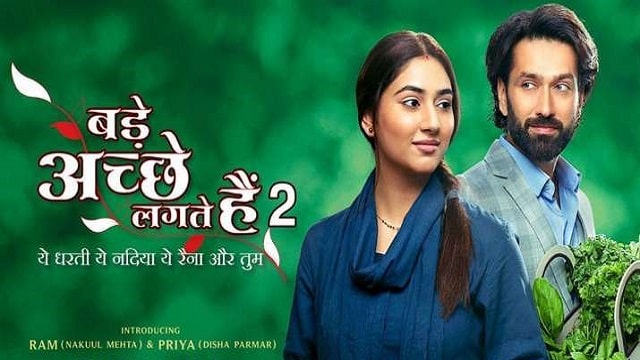 Another side, something similar is happening with Priya because she is not understanding the anonymous feelings which surrounded her nowadays. After a while, she dresses up beautifully that no one is able to shift their eyes from her, because her dressing senses seem attractive enough, in short, she represents a simple sober beauty without any heavy touchup. As soon as she takes place at the venue of the wedding all relatives look at her continuously, due to his natural beauty even Ram gets amazed to see her in such a beautiful look, and wonders that how could someone looks ultimate stunning.

Later, Ram’s siblings ask him to join them in dance and when he dances he feels thirsty and unwell too because he did not have anything. Everyone gets worried about him because it’s the first time that he felt unwell in any function. Meanwhile, Nandini asks the waiter to bring water for him as soon as possible because maybe he wants to have some water. At the same time, she makes a call to the Doctor so that, they can check him properly, after a while, the doctor takes place and checks Ram he finds weakness due to lack of energy.

In the last episode as the viewers have watched, that Shivi asks Ram to bring some cupcakes for her because it’s her last wish before wedding. Ram replies has she gone mad because it is 12:00 so how could he get that meanwhile, she says that he can do anything because he made Priya smile, so nothing is impossible for him. Then Ram says ok and makes a call to Sara and informs her that he wants to get some cup cakes she asks at this time, he replies ya it’s too late but he needs to get that. So do not miss watching it on Sony TV and for further details connect with us.

Today’s episode of Barrister Babu starts with Anirudh and Bondita getting into a cute fight. Bondita playfully asks Anirudh to give her Barrister fees to which Anirudh tells her that he is willing to pay her with love. The pair holds hands. Sampoorna comes and opens the Gathbandhan. She asks Anirudh to apply Sindoor in Bondita’s hair partition. Anirudh does the same. Later, everyone starts dancing and enjoys the occasion. Meanwhile, some people arrive. Trilochan asks them about their identity. They tell him that they are from Brahma Samaaj and have come to honour Barrister Babu.

Trilochan gets happy and asks Bihari to call Anirudh. Bondita also comes along with him. The men make Bondita wear the garlands and ask her to bless them. Trilochan gets confused and thinks why are they honouring Bondita instead of Anirudh. Here, Anirudh praises Bondita. The latter says that whatever she has achieved today is because of him. Anirudh says that it’s the result of her hard work and that she has earned it herself. On another side, the camera pans to a mysterious person taking a shower. Here, Anirudh also gets a call. He asks the person to stop calling him and asks who is he.

That mysterious guy tells Anirudh that he just wants to see his worried face and says that he is chilling under his shower right now. Anirudh recognizes him and says that he should come to meet him. Anirudh adds that he wants to hug him and call him by Batuk Roy Chaudhary aka his brother. Batuk gets shocked and asks Anirudh how does he keep recognizing him. Bondita also happens to hear the conversation. She recalls him as her childhood friend and gets happy. Bondita talks to Batuk who tells her that he is in Italy now.

Bondita asks Batuk to come soon and tells him how the villagers are honouring her. Here, Batuk is shown throwing his phone while Bondita thinks that the call got disconnected. Meanwhile, Chandrachur is sitting in the police van. The van gets stuck on the road. Chandrachur’s men arrive and break the door lock. Chandrachur says that he knew that they will come to rescue him. However, Chandrachur gets shocked to see someone. It is not revealed who was the said person. To know what happens in the further story and all the upcoming twists and turns, stay tuned to this space.

In the latest episode of Udaariyaan, you will watch some more preparations of the family for the Jagrata. So, the 12th of October episode begins with, Khusbeer telling that he is going to the market to get some stuff for Candy saying that he is fine. Gurpreet tells him not to go alone. Fateh comes there and asks if he can come, Khushbeer replies that he does not need anyone but in the end, Fateh and Khushbeer both go. Jasmine looks weirdly thinking that now she will create a mess for Tejo and everyone will lose their calm before the Jagran tonight. 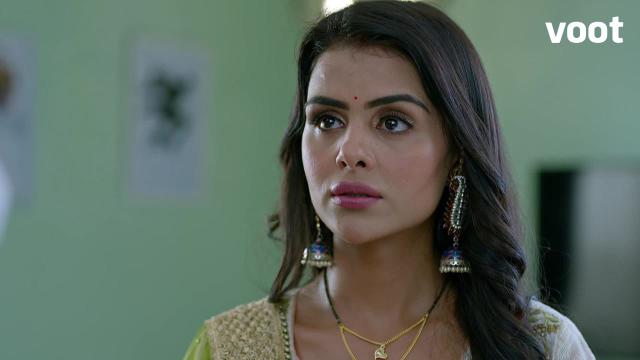 Jasmine sees Tejo talking on a call saying she is coming in almost an hour and she has a piece of good news and she will tell it after coming back. She goes to get ready meanwhile Jasmine enters her room and checks her mobile phone. Jasmine checks that who called Tejo and wonders that Urvashi can be Simran. She texts Simar on the behalf of Tejo writing “Plan has changed now, let’s meet at the market near Gurudwara”. Simar reads the message and wonders why Tejo changed the meeting spot, Simran thinks that she should call her but she stops thinking that perhaps dad is around therefore she texted, she texts back saying “Okay, I’ll be there are 15 mins”.

Fateh and Khushbeer both reach the market where Khushbeer says that he will get some ice cream for the candy. Jasmin looks and thinks about Simar as she has reached the market as texted her. Simran & Candy both come at the meeting spot where Jasmine sees them and they see her as well meanwhile, Simar gets a call from Tejo, while Candy sees Khushbeer and shouts Nanu… Khushbeer hears the sound and looks around, while Simar also sees Khushbeer. Simar says Candy not to shout and takes her. Fateh asks him what happened, he replies that he felt like Candy is calling him.

At the end of the episode you will watch Jasmine asking Tejo that why did she keep this kind of secret hide from Uncle, Tejo replies she is to mind her own business and don’t come in between them. Meanwhile, Khushbeer takes Jasmine’s side saying she is right because he is not going to accept and forgive Simar ever. The episode ends here to stay tuned with us to read all the latest episode updates of Udaariyaan.

Kundali Bhagya latest written update of 12th October 2021 begins with Rishab. He asks the family members not to worry about him as it’s just a formality. Rishab adds that he will soon come back. For those who have missed yesterday’s episode, cops had arrived at Luthra house to arrest Rishab for an attempt at murder. It happened when he was about to expose Prithvi and Sherlyn in front of the family. In today’s episode, Rishab asks Sameer to take care of everyone, especially Karan as he can make bad decisions in anger. 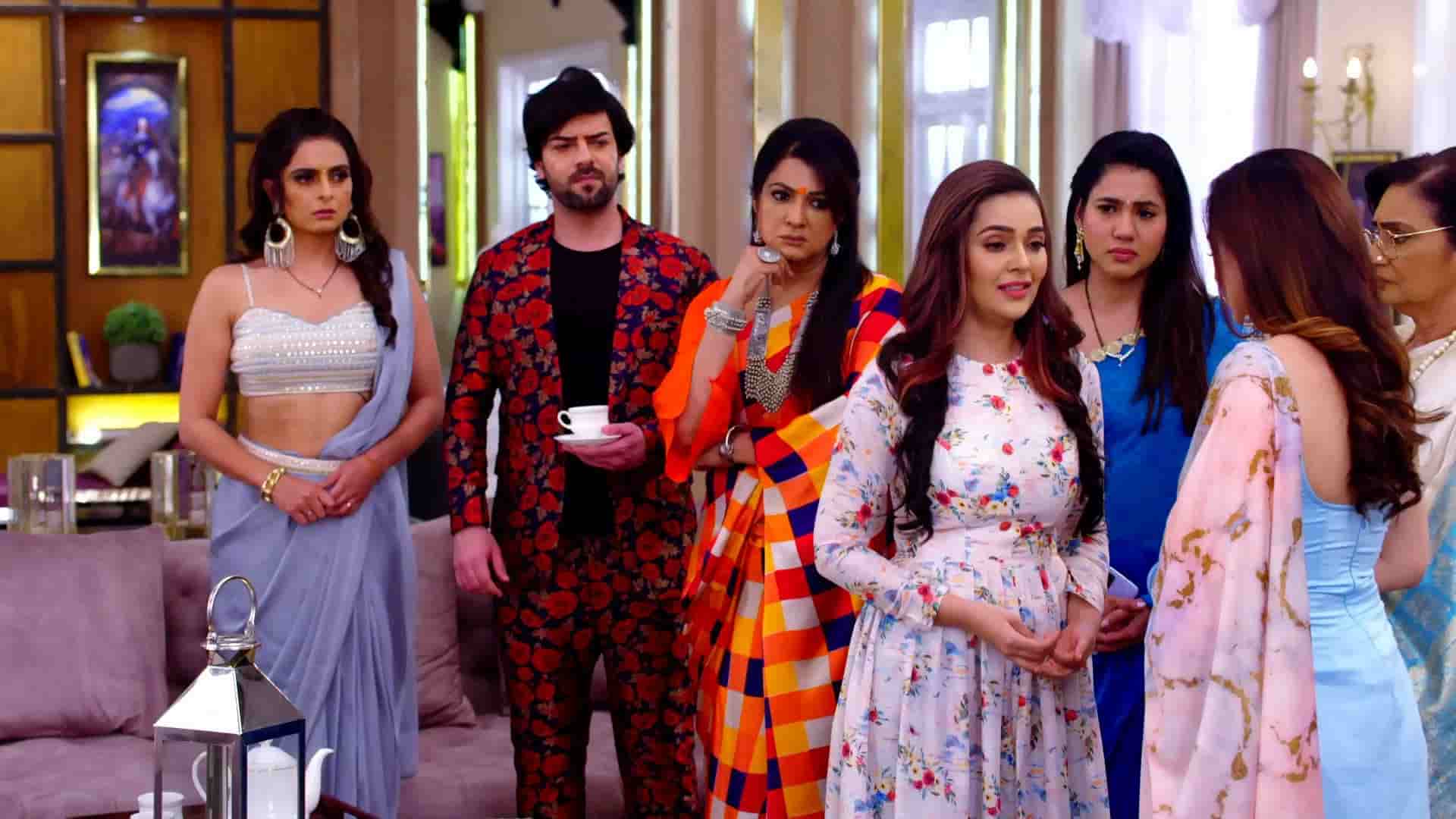 Here, Mahesh’s health gets affected and he sits down while holding his chest. Everyone gets scared and rush to him. They try to provide him comfort. Meanwhile, Karan leaves the place in anger. Mahesh asks Preeta to go behind him as he can do anything in anger. Preeta stops Karan and asks where is he going. Karan tells her that he is heading to the police station. Preeta reminds him that the court is closed for two days and that they can’t do anything until then. Preeta tells him that she has a plan and that they should visit the hospital instead to find out the truth.

In the next scene, Karan and Preeta visit the hospital. Preeta asks Karan not to lose his calm and just stay patient. Karan tells Preeta that he just wants to beat the person who caused the mess. Preeta asks him not to do anything like that and just talk to Sandeep calmly. She requests him not to make matter worse by fighting with him. Preeta asks Karan not to go to the room as the police will suspect him. Karan asks her why will she go then. She tells him that she is a doctor and can easily enter the room as she will show the license to the police if they asked.

Preeta goes to change while Prithvi also dresses up as a doctor. However, the police asked him that he can’t enter. Prithvi tells him that he is the doctor and needs to treat Sandeep better. Here, Preeta also enters the room. Police stop her as well and tell her that a doctor already went inside. Preeta smiles and says that he would be her junior. Prithvi goes inside and removes his mask. He talks to Sandeep about some money. However, he hides after hearing someone talking outside. Stay tuned for more updates.

Legendary Actor Nedumudi Venu Passes Away Check Death Reason/ Cause How Did He Die?