Football against racism. For this small football club in Milan, this is not a glossy spot featuring world-famous rich footballers, but the very reason for its existence and the main idea behind its foundation.

Saint Ambroeus is the first football team composed of refugees and migrants coming from outside the European Union to be affiliated to the Italian Football Federation in the North of Italy.

“We are a multi-ethnic, working-class football team and we try to be both a social and football point of reference in the city of Milan. We use football as a way of integration, social, exchange and knowledge and, on top of that, a very valid way to fight racism,” Daniele Raduazzo, Sporting Director of St. Ambroeus (St. Ambrogio) said.

The club was founded 5 years ago with the mission to give migrants and refugees a chance to make friends and to integrate into society, but it’s been fighting against the Italian laws regulating their stay in the country since then.

“While on one hand, the Italian Federation was very enthusiastic about our affiliation, on the other hand, we have to deal with laws that go beyond the football federation; these laws have shaped the approach of the Italian State towards migration over the last 30 years and they are repressive” and liberticidal laws,” Davide S Salvadori – President of St. Ambroeus said.

When they are on the pitch, they are not riders or security staff anymore, but defenders and forwards for their team – they are not refugees, but footballers who play for the colors of their club.

“Here we have black and white people, white with black. There are people from Mali, Senegal, Guinea, or Cameroon, there are a lot of countries, a Moroccan too. We all play together,” Ssa Doumbia, a player at St. Ambroeus said.

This football club holds a firm place in its local area and in the whole city of Milan: migrants and refugees now play in the same squad with Italians living in the neighborhood and they can also attend Italian language courses to boost their integration process.

Definitely not just a flashy spot, but the actual essence of grassroots football.

Sa Re Ga Ma Pa, the popular reality singing show of India has been running for the last 6 decades and fans are going excited with every episode of the show. It has become the finest and most loving singing show for the Indians who have been watching the show. Well, it is surprising for all the watchers that makers are all set to telecast the next season of Sa Re Ga Ma Pa. 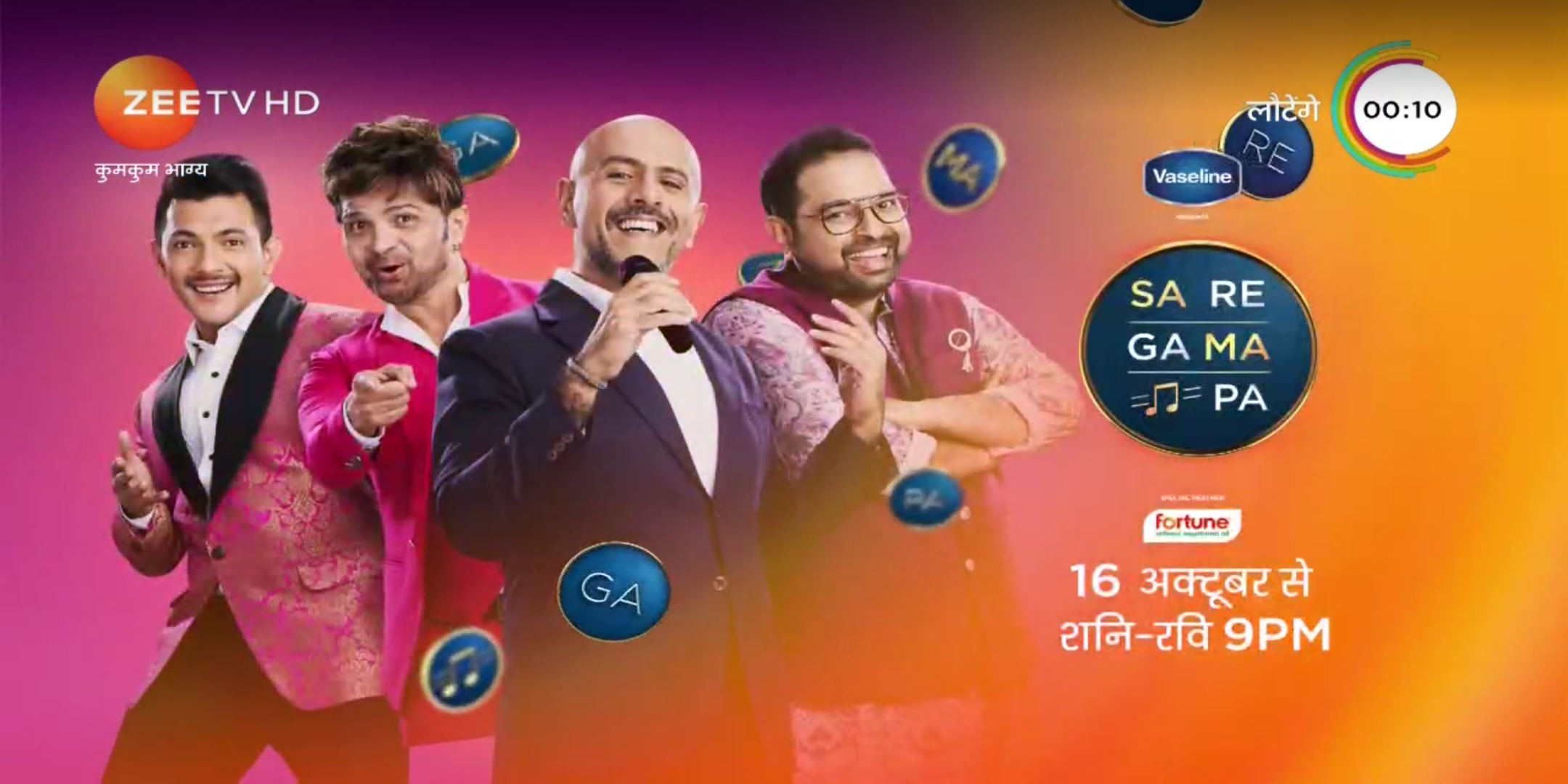 In the upcoming season of the show, we will get to see some popular sensational singing stars of the industry who has been judging the show since its starts. Shankar Mahadevan, Himesh Reshammiya, and Vishal Dadlani has come again as judges of the show.

Shankar Mahadevan shared,” As we kick-off Music Ka Sabse Bada Tyohaar, during the festive season, I am damm sure that show will have double fun. It will be more interesting to be judging this season alongside Vishal and Himesh and I am hoping to have a marvelous time judging the show with the two of them”.

Along with this, the singer and actor, Aditya Narayan is coming back as a host of the upcoming season after he last appeared in the show in 2018. He also commented over the show,” Sa Re Ga Ma Pa has separate and special place in my heart as I started my hosting career with this show, and I always feel honoured to be a part with it. It is a mark of beginning my career”.

The audition of the show started for the season three months ago with the help of the show’s creative and production houses, Zee Studios and The Content Team. For the last few decades, the show stays in the hearts of millions of fans and it made a huge fan following across the nation. Every season, some of the best singing artist becomes a part of the show to shoreveal their talent across the nation.

The show has given numerous sensational singers from every corner of the nation and they made everyone joyful with their singing talent. Some of the popular winners of the show are Shrerya Ghoshal, Kunjal Ganjawala, Kamal Khan, Amanat Ali, Raja Hassan, Sanjeevani, and Bela Shende. Who have also contributed in various movies with their voice.

The entertainment industry is again raising and spreading its legs in every state of the country. After the Covid-19 pandemic, all the film industry including Tamil, Telugu, Marathi, and even Kannada is releasing back-to-back movies in the theatres and the movies are also receiving a huge positive response from the fans. 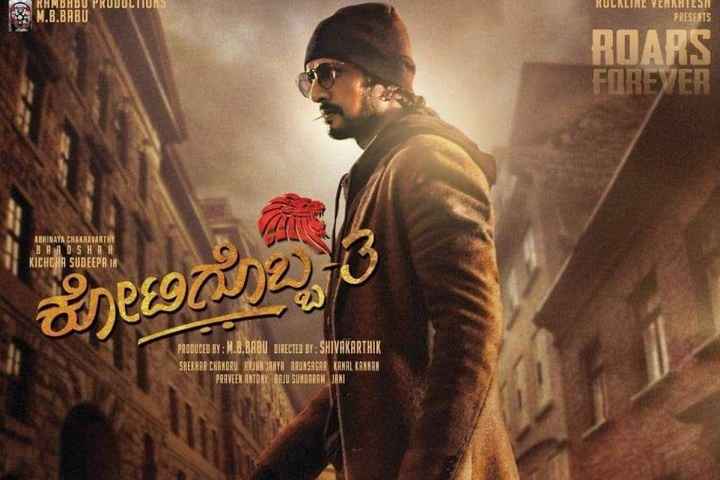 Since the situation has been going normal, the fans are going much excited to watch every movie on theatres and the stars are also getting ready to entertain all the fans across the world. Well, Kiccha Sudeep is one of the most popular and amazing actors of the Indian film industries and he mostly appeared in various Kannada movies.

Sudeep just surprised his fans after releasing a brand new movie in theatres. The fans are going crazy to watch his new movie “Kotigobba 3” in the theatres. The movie hit the big screens on October 14, 2021, and since then, the show is going full because of its fan following in various states of India. Kiccha Sudeep came with another movie for the fans.

He has also worked with Bollywood star Salman Khan in Dabbang 3 in 2019. He has worked with various movies and achieved the following of massive fans. Kotigobba 3 has been released and fans are also showing their full support to the characters and the director who made this action-thriller film.

The film is directed and written by Shiva Karthik and the story is written by the actor of the movie Sudeep. Well, everyone knows that he is a multi-talented actor of the Kannada industry as he is an actor, director, producer, and writer as well.

The movie is produced by Soorappa Babu and featuring Sudeep and Madonna Sebastian. Along with this, the makers have released three hit tracks of the film including Akashane Adarisuva, Pataki Poriyo, and Nee Kotiyali Obbane”.

Sudeep is playing a lead role in the movie as Satya, Shiva, and Ghost. Along with him, Madonna Sebastian, Shraddha Das, P. Ravi Shankar, Aftab Shivdasani, Abhirami, Nawab Shah, Danish Akhtar Saifi, and Sudhanshu Pandey are also appearing in the movie. The storyline of the movie is not clear but we can say that the movie has lots of action and thriller to watch.

The movie has a tough competition to Duniya Vijay’s movie Salaga which was released before a day of Sudeep’s movie. Now, further details regarding to the box office collection will be revealed and we will keep updating you with the latest information.

A term has been trending on the internet today in which several netizens continuously looking forward to knowing What is the meaning of Pantek which is viral on Tiktok. So, if you are also seeking to get complete detail on this topic then we are providing here a perfect piece of information that will help you. 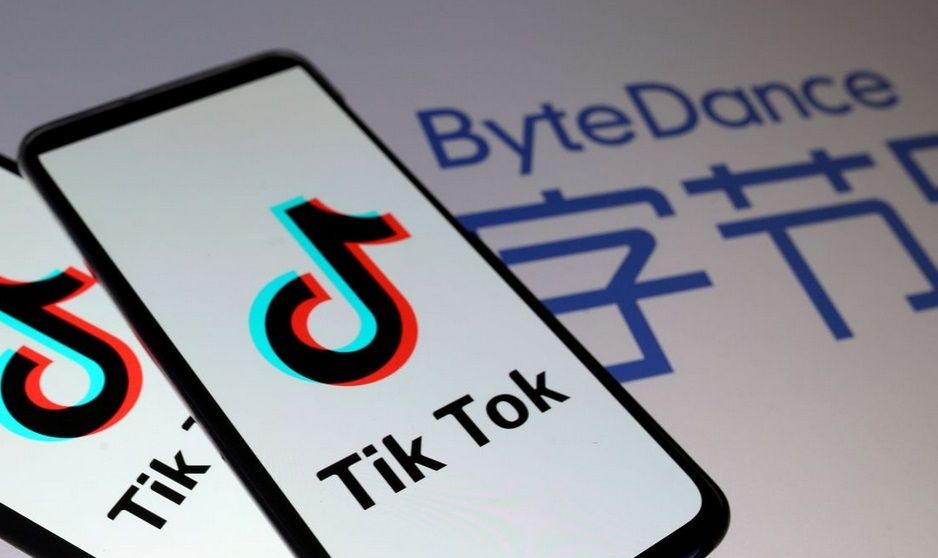 The number of searches to know the meaning of Pantek Minang and Pantek Madura are very touching the peak. So, we already researched this trending news and present detailed information for all the users who search for it.

What is the meaning of Pantek TikTok?

So, the term has begun to spread all over the internet when one of the DJ names on TikTok, DJ Pantek Pantek went viral. Along with it in a local video of Madura and Minang, people heard the word ‘Pantek’. After that, people are curious to know the real meaning of the word Pantek in Madurese and Minang Language. Today, the search for the keyword “What is the meaning of Pantek TikTok?” has been increased.

There are hundreds of searches coming on Google in which everyone searching to know the exact meaning of the word. Let us tell you that the term Pantek is quite different in the Minang, Madurese, Padang, and coastal regions of Sumatra.

If we talk about the meaning of the work Pantek in Minang then the word is not polite to use in everyday life. The exact meaning of the word Pantek in the Minang language is defined as a female reproductive organ. Many people use this word as a curse or when they are angry. However, the term Pantek is not always slang because Pantek defines as a peg in KBBI.

On the other hand, the meaning of the word Pantek in the Madurese language defines as damn. Normally, people use this work when they are annoyed with someone and cursed. Along with it, the use of this word is not appropriate because it’s best to hold back the anger except to say any hurtful word or thing to someone.

Now, the meaning of the word in both languages has been described above and you can get a proper detail of this word in both languages. Along with it, if we talk about the Sumatra Language, Kampang is a word similar to Pantek. Kampang is used to define as an illegitimate child and it is also not recommended to use in daily life. The exact meaning of the word Pantek that went viral on TikTok has been described above and you can know whether the word is appropriate to use or not.