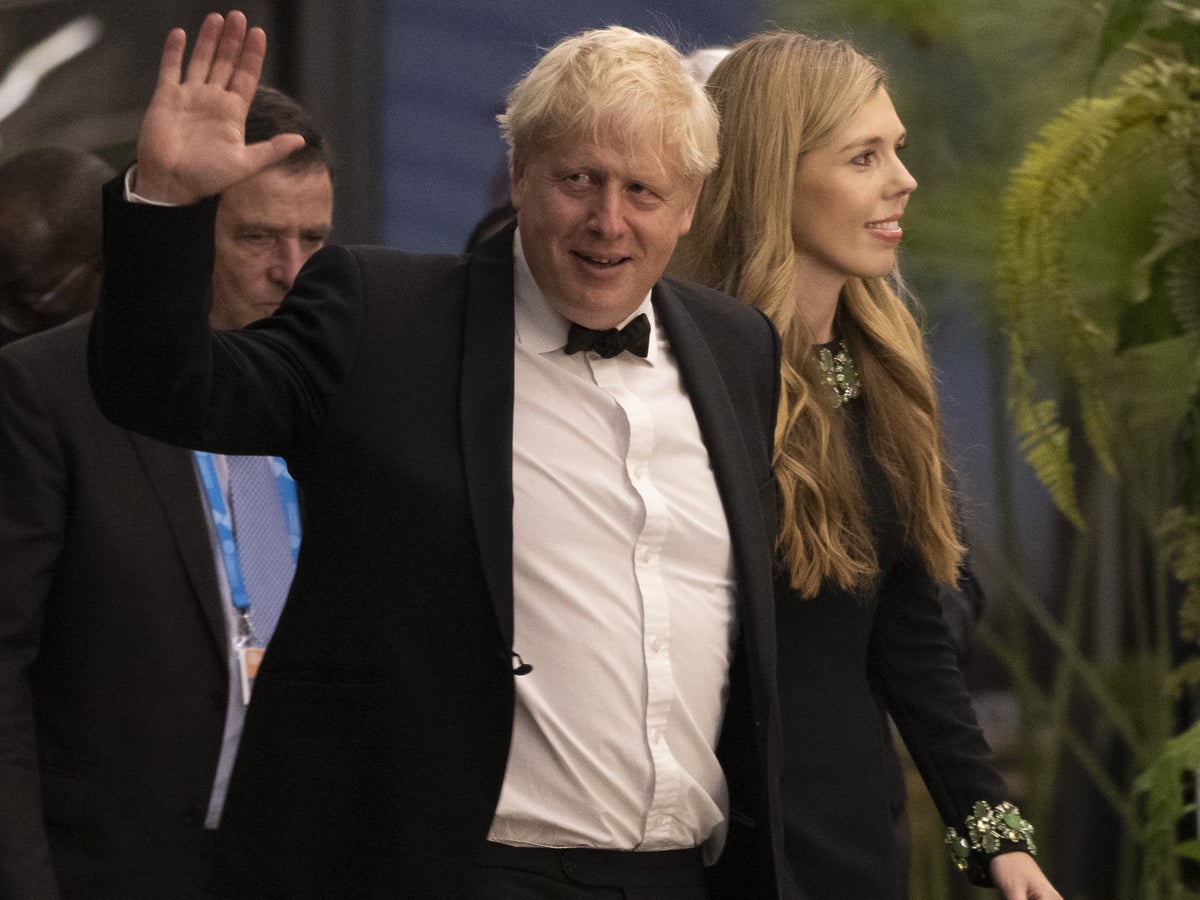 Boris Johnson has insisted that he will “keep going” at No 10 despite the Conservative party’s crushing double by-election losses in Tiverton and Honiton and Wakefield.

The Tory party chairman Oliver Dowden resigned immediately after the results with a swipe at the partygate scandal that has engulfed the government, saying that “someone must take responsibility”.

Tory MPs also lined up to publicly warn that many more seats could be lost as voters desert the party in their droves.

On a trip to Rwanda, the PM promised to “listen” to voters after “tough results” which saw the Liberal Democrats overturn a Tory majority of 24,000 in Devon and Labour retake the west Yorkshire seat by almost 5,000 votes.

Mr Johnson said: “I’ve got to listen to what people are saying, in particular to the difficulties people are facing over the cost of living.”

Saying it was the “number one issue”, the PM added: “We’ve got to recognise there is more we’ve got to do and we certainly will, we will keep going, addressing the concerns of people until we get through this patch.”

Mr Johnson said he was “sad” to see Tory chair Oliver Dowden depart following his shock resignation on Friday morning. In an apparent reference to Partygate, Mr Dowden said he shared the feelings of Tory supporters who were “distressed” by recent events.

A source close to the PM, who faces further trips to the G7 and NATO summits in the days ahead, said there was no hurry to rush home to replace Mr Dowden as Tory chair. “He’s got a big job to do and he’s doing it.”

Mr Johnson was said to be surprised by Mr Dowden’s resignation and spoke to chancellor Rishi Sunak and chief whip Chris Heaton-Harris by phone soon afterwards, according to a Tory source.

Asked if he feared Mr Dowden was acting as an outrider for a possible leadership challenge from someone like the chancellor, the source said: “What do I know, but I’d be astonished if it was the chancellor.”

Tory peer Lord Barwell, who was Theresa May’s chief of staff at No 10, said if the Conservative party was “sleepwalking to a defeat at the next election” if it kept Mr Johnson as leader.

Mr Barwell said it was not too late for Tory MPs to replace him – interpreting Mr Dowden’s exit as a damaging blow to the PM. The peer said he was was pleased a cabinet minister had “finally spoken out … and done something about it”.

Veteran backbench Tory MP Sir Roger Gale, who has repeatedly called for Mr Johnson to go, said further resignations were possible and claimed the party was “spoilt for choice” when it came to potential replacements.

Home secretary Priti Patel said the PM told her he would be “cracking on with task” after the double by-election defeats – and predicted Mr Dowden would be the only minister to resign today.

Asked what Mr Johnson said to her following the results, she told LBC: “That we are carrying on, working to grow our economy and address the cost of living.”

Deputy prime minister Dominic Raab told BBC’s Today programme the loss of two parliamentary seats was a result of Partygate and other “distractions” at Westminster that the party had faced.

Business minister Paul Scully said “parts of the media” were trying to get rid of Mr Johnson, and warned colleagues against the “psychodrama” of a further leadership challenge.

The senior MP said he wanted the PM to “do better”, but stopped short of calling for his resignation. “I don’t think throwing over the captain now would be the right response.”

The Lib Dems swept to victory in Devon, where Richard Foord overcame a Tory majority of 24,239 votes and won by more than 6,000 – the largest ever majority overturned at a by-election.

Mr Foord used his victory speech to call on Mr Johnson to “go and go now”, saying the result showed that voters think “enough is enough”.

Leader Sir Ed Davey told LBC: “The message from Tiverton and Honiton, the people here in Devon, is that Boris Johnson must go. I think they’ve spoken for the whole of the British people and it really is time he left.”

Sir Keir Starmer said the result showed that the country has “lost confidence in the Tories” and that his party was “ready for government”.

“We’ve absolutely smashed it,” said the Labour leader in Wakefield on Friday morning. “This is a great result. When we form the next Labour – and we’re going to do it – Wakefield will go down as the birthplace of that.”

In his victory speech in Wakefield, Mr Lightwood said the result showed Labour was “rebuilding the red wall”, adding: “The next Labour government has been born in this room tonight.”

James Johnson, former pollster at No 10, said there was “only one person to blame” for the Wakefield result – pointing to Mr Johnson and Partygate as the main reason swing voters cited for opting for Labour.

Former No 10 adviser Tim Montgomerie said the “massive” result in Tiverton showed Mr Johnson had to go. “This is a crisis for the Conservative party,” he told Sky News.

He told Sky News that voters were “rejecting the character of the prime minister. And if the Conservatives don’t act soon … the whole Conservative party will be judged. We cannot let this situation continue”.

Meanwhile, Mr Johnson told Mr Dowden he was “sad” to see him leave in a reply letter. “While I completely understand your disappointment with the by-election results, this government was elected with a historic mandate just over two years ago to unite and level up.”