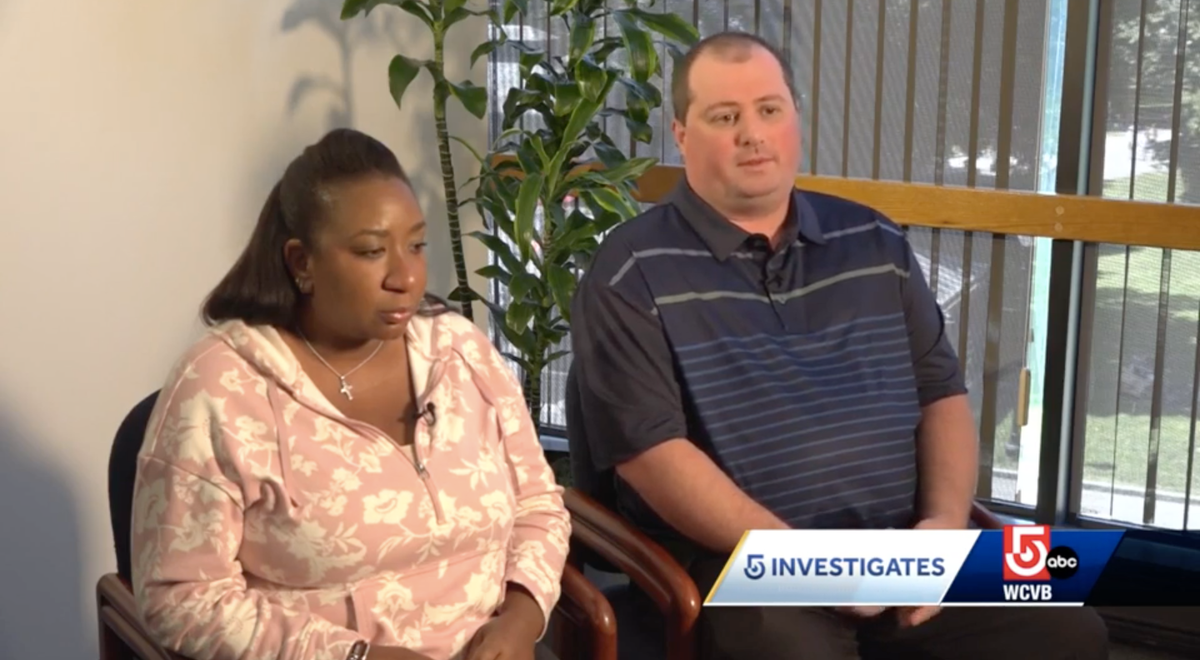 A Massachusetts couple, whose premature baby died just a couple months after it was born, is suing the hospital where she was delivered after the infant’s remains were lost in the facility’s morgue.

On 25 July 2020, Alana Ross and Daniel McCarthy welcomed their premature child, Everleigh, into the world inside the delivery ward of Brigham and Women’s Hospital.

The out-of-town couple, who hailed from Sharon, about a 20 mile drive from the hospital, had struggled with high-risk pregnancies before having lost two other children prematurely due to complications. Because of this, they specifically sought out the expertise at the Boston facility because of its purported reputation as being “the most trusted name in women’s health”, according to the lawsuit filed Thursday in Suffolk Superior Court, Boston 25 News reported.

Everleigh was placed in the care of the hospital’s NICU, and despite showing initial promising signs that her 2lb 5oz frame might be able to survive the premature birth, she would go on to suffer both a collapsed and overinflated lung, leading to her eventual death on 6 August 2020.

Just a brief 12 days after giving birth, Ms Ross would hold her barely two-week-old child in her arms as she died.

While that initial trauma would seem like the worst part of the tragic ordeal that the Sharon couple would have to live through inside those hospital walls, what would come next seemed so far removed from reality they struggled to accept it at first.

The couple, who had reportedly been reassured by a hospital worker that the body would be “safely transported to the morgue”, went home to begin making funeral preparations for their premature baby, according to the lawsuit.

A couple days later, representatives from Gillooly Funeral Home called the parents to alert them that they’d be going to collect their child’s remains to be transferred to their facility. The representative, according to the Globe, told the couple that it should only take a couple of hours. When that time estimate more than doubled, however, they began to suspect something had gone wrong.

“I couldn’t even consider that they didn’t have her,” Ms Ross said to the Globe. “I just figured it was a technical error in the computer system or mislabeled or something.”

Once the family had confirmed that the hospital had in fact misplaced their child’s remains, they were on the phone with the Boston police to report their daughter’s body missing.

According to a police report included in the court documents from the lawsuit, Everleigh’s swaddled body was placed on a metal rack designated for adults, which wasn’t the standard protocol but at the time, a section of the morgue dedicated for children was blocked.

One of the nurses who was responsible for bringing the child’s remains to the morgue reportedly asked the transport employee where they should place her swaddled body, to which the lawsuit states they replied, “put it anywhere”.

Footage from inside the morgue from the next morning, 7 August 2020, viewed by police showed a pathologist leaving the morgue cooler with what appeared to be a bundle, which was then placed in a bin designated for soiled linens, the Globe reported.

Those linens were then traced by the Boston Police Department to a transfer station where medical waste from the hospital was sent. When the force realised what could’ve occurred, they sent a team to dig through the waste, spending hours culling through “blood-soaked clothing, feces-covered linens, and other medical waste” in an effort to find Everleigh’s remains, but their work proved unsuccessful, according to police.

“There’s just so much anger because they threw her out like trash,” said Ms Ross, 37, in an interview with the Boston Globe at her lawyer’s office.

The investigators later asked the pathologist how likely it was that Everleigh’s body was thrown out alongside soiled linens, herself being mistaken for that, they confirmed that it “seemed like the likely scenario”, adding that “mistakes of other people who have access to the morgue set off a chain of events that were unavoidable”.

The 24-page civil lawsuit that outlines Ms Ross and Mr McCarthy’s case does not specify an amount for injury, damages and harm, but it does confirm they are suing both Brigham and its parent company, Mass General Brigham, for breach of contract for failing to safeguard their daughter’s body. Fourteen hospital employees are similarly being sued by the couple for negligence, infliction of emotional distress, tortious interference with human remains, and other counts.

The Independent has reached out to Brigham and Women’s Hospital for comment on the case, but did not hear back immediately before publication.

In separate statements to the press, the Boston facility has stated that they “continue to express our deepest sympathies and most sincere apologies to the Ross and McCarthy family for their loss and the heartbreaking circumstances surrounding it”.

“As with any instance in which there is a concern raised related to our standard of care or practice, we readily and transparently shared the details with the patient’s family. We always evaluate both system and human factors that contribute to errors or potential issues raised by patients, family members or staff and take action. Due to pending litigation, we are unable to comment specifically on this case,” said Sunil Eappen, MD, Chief Medical Officer, Brigham and Women’s Hospital in a statement shared with Boston 25 News.

Nearly two years since Everleigh’s death, Ms Ross and Mr McCarthy have still not been able to bring their child’s body home, leaving them unable to follow-through on their plan to bury their daughter near her great grandmother at Knollwood Memorial Park in Canton.

“The fact that at least she was gone before she ended up in a landfill is the only thing that kind of gets me through,” Ms Ross said in her interview with the Globe this week. “Because just thinking about that makes me so angry and so sad it’s hard to get through sometimes.”