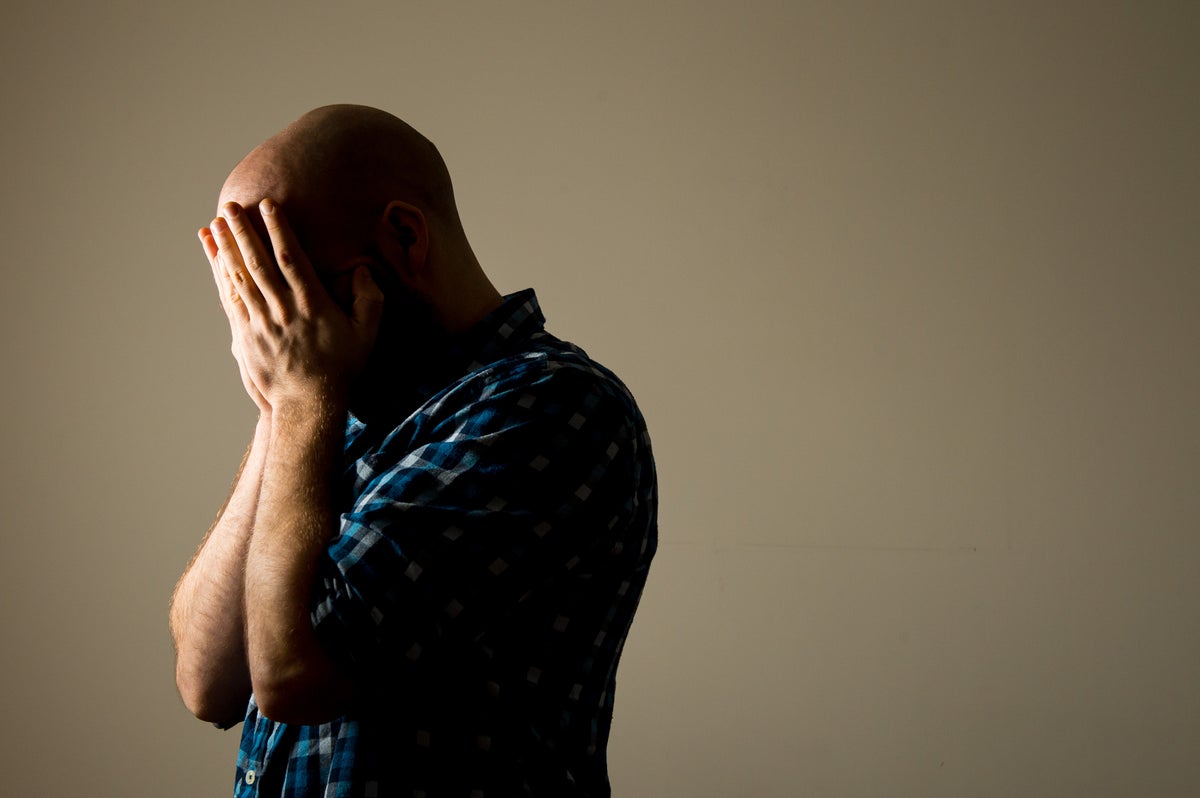 The mental health of the nation faces a “threat of pandemic proportions” due to the deepening cost of living crisis, the head of the Royal College of Psychiatrists has warned.

Dr Adrian James said pressure on the NHS could reach unprecedented levels as people try to cope with the rising price of food, fuel and other essentials, adding that those who already living with a mental illness “are more likely to suffer the consequences of the looming economic downturn”.

It comes amid warnings that some children have begun to self-harm as a result of the mounting cost of living crisis. According to a survey published by The Childhood Trust, 9 per cent of parents who responded claimed their children had started self-harming.

The impact of money worries for British families has also caused 47 per cent of children to feel stressed, the research found.

And separate data from Mental Health UK, shared with The Independent, shows that the number of people contacting the charity for mental health and financial advice had risen by 108 per cent in the 12 months to May 2022.

“The stress and worry of how to keep a roof over your head, put food on the table and cover rising energy bills is likely to have a significant impact on your mental health,” said Laura Peters, head of mental health and money advice at the charity. “People living with mental illness are particularly at risk, as their symptoms might make it more difficult to manage their money.”

Addressing the RCPsych International Congress in Edinburgh, Dr James said “food insecurity, fuel poverty, debt and the loneliness and isolation that come with it, are a hard reality for millions of people”.

He added: “Much like with the pandemic, those already living with a mental illness are more likely to suffer the consequences of the looming economic downturn, which will be felt for years to come.

“We must be ready to offer them the specialist, high-quality care we know can make a difference.”

Last month, chancellor Rishi Sunak unveiled a £15 billion package to help the most vulnerable cope with rising costs but ministers have said they cannot help everyone.

Dr James called for “a cash boost of £300m to match inflation and deliver the investment package promised in the NHS long-term plan.”

Figures show that mental health referrals hit record levels of 4.3m last year in England and there is a backlog of 1.4m people waiting to start treatment.

Dr James said the extra £300m needed can be partly taken from the recently announced £1.5bn for local systems but further funding will be necessary next year.

But he added that “funding for mental health services needs to be prioritised as we’re being called upon to overcome yet another unprecedented challenge”.

In May, a YouGov poll of 2,001 people commissioned by the Royal College of Physicians found that 55 per cent of UK adults feel their mental health has worsened due to rising living costs.

Of these people, 84 per cent said their mental wellbeing was impacted by increased heating costs, while 78 per cent said it was a result of a rise in food prices.

Mental health charity Mind said that while it welcomed the additional financial support announced by the chancellor last month, it “will come too late”.

Vicki Nash, head of policy, campaigns and public affairs at Mind, said those on lowest incomes will continue to struggle.

“Unfortunately, much of this support will be too little and will come too late to stop many from facing hardship,” Ms Nash said, adding that Mind has seen a 30 per cent increase in enquiries from people with financial difficulties.

“Many of our callers tell us they are right on the edge with their finances, and this is having a direct impact on their mental health. These people need more than just token gestures of grants that arrive somewhere down the line.

“People struggling on the lowest incomes need real, systematic change that can stop them from facing destitution during this financial crisis.”

The Childhood Trust said the outcomes of families being plunged into poverty for the first time as a result of the cost-of-living crisis could be “disastrous”.

“A lot of kids are finding themselves in this appalling situation for the first time,” said Laurence Guinness, the charity’s chief executive. “They are deeply, deeply ashamed and embarrassed and worried about their predicament.

“Two or three kids in a class of 30 are self-harming because they are so anxious about their living situation, about whether their parents can pay the bills or whether they are going to be able to have a shower that night.”