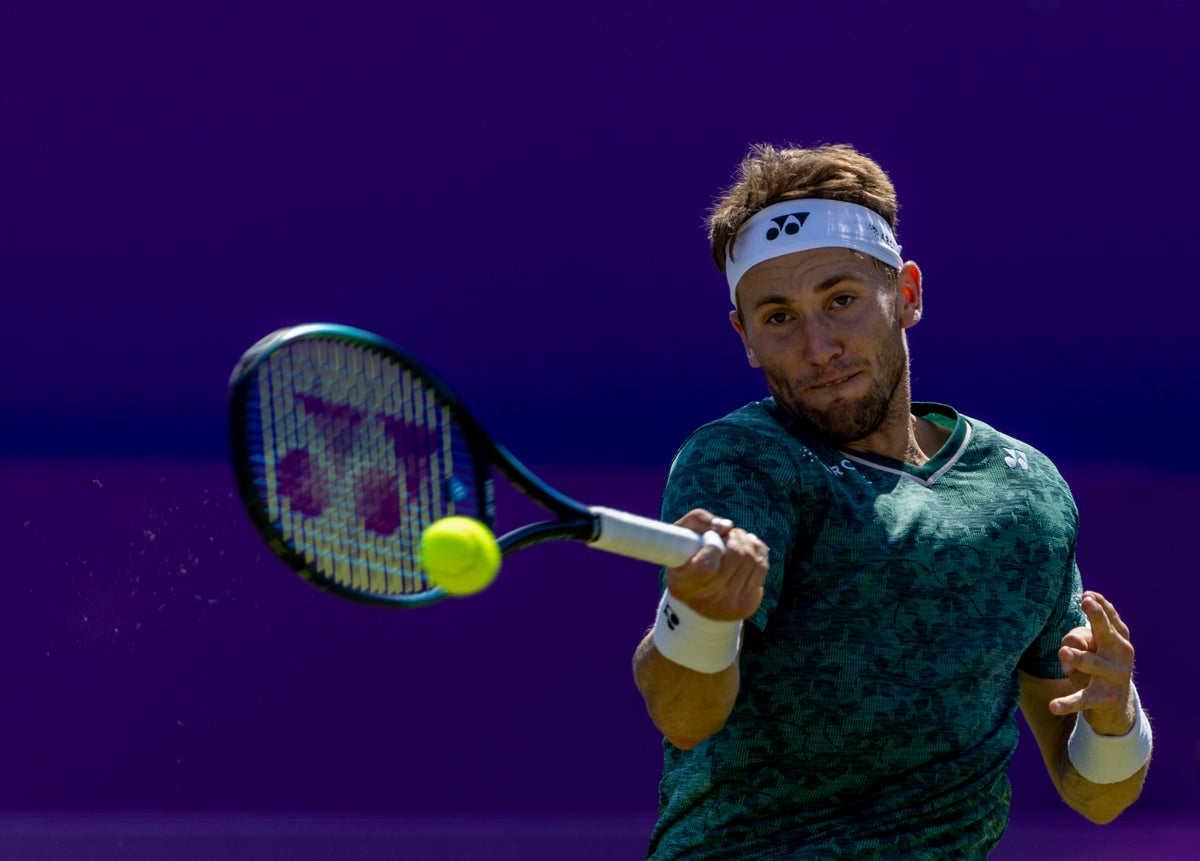 Casper Ruud gets his preparation for Wimbledon underway this afternoon with an exhibition match against Belgium’s David Goffin at Hurlingham Club in the Giorgio Armani Tennis Classic.

The 23-year-old Norwegian was beaten by Rafael Nadal in straight sets in the French Open becoming the first man from Norway to reach a grand slam final and he will be hoping to go one better at Wimbledon later this year. Goffin meanwhile has been slowly moving back up the rankings after slipping out of the top 50 last year. At the 2022 Italian Open he defeated 11th seed Hubert Hurkacz for his first top-15 win of the season and reached the third round of the French Open for the first time in three years but was forced to miss the start of the grass season due to an injury he sustained after losing to Hurkacz at Roland Garros.

Also in action at Hurlingham today is World no. 7 Carlos Alcaraz who will follow Ruud and Goffin on court against an as of yet undetermined opponent before lining up against Ruud for a second exhibition match on Saturday 25th June.

Here’s everything you need to know about the event:

When is the Giorgio Armani Tennis Classic?

How can I watch?

The action will be live streamed on the Giorgio Armani Tennis Classic Facebook channel and website which can be accessed right here.