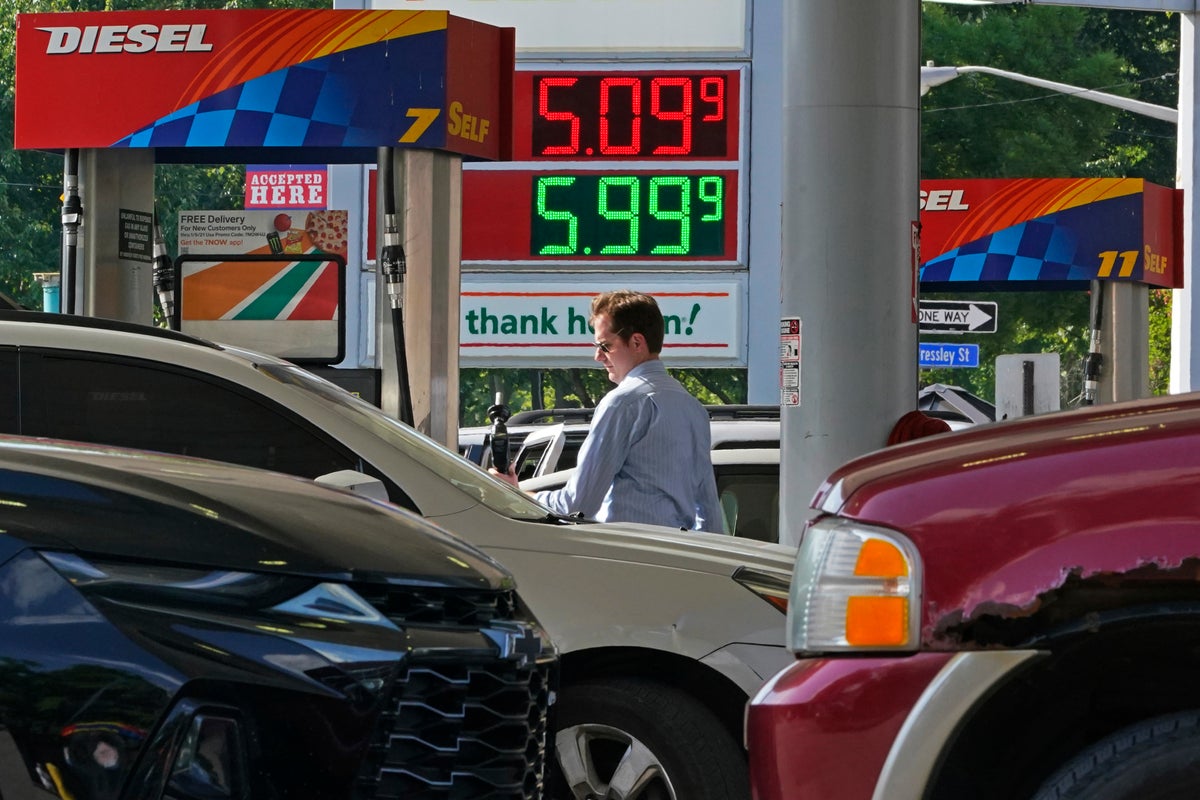 President Joe Biden has called on Congress to pass a three-month gas tax holiday to counter historic prices at the pump for US consumers, but critics argue the proposed policy will do little to lower prices and will instead pass on billions in profits to fossil fuel companies, doing little to relieve climate change or inflation.

“It would be very unlikely that gas prices would fall by more than a dime because of this change. And oil company profits would go up by billions of dollars,” Harvard professor Jason Furman, former top economic adviser to president Barack Obama, told NPR.

With inflation at its highest levels since the 1970s, and gas prices in the US up nearly two dollars since the beginning of the Russian invasion of Ukraine, the White House has called for Congress to suspend the 18 cents-per-gallon federal tax on gas and 24-cents-per-gallon levy on diesel. Mr Biden also wants states to suspend their gas taxes, as Connecticut and New York have done for the time being.

“President Biden understands that a gas tax holiday alone will not, on its own, relieve the run up in costs that we’ve seen. But the President believes that at this unique moment when the war in Ukraine is imposing costs on American families, Congress should do what it can to provide working families breathing room,” the White House said in a statement.

The plan has come in for criticism from all sides.

For those concerned about the climate, they argue the temporary tax cut wouldn’t make more than a low percentage difference on fuel prices, and there’s no incentive for fossil fuel companies to pass savings onto consumers, especially given strained gasoline supplies and high demand amid the war in Ukraine.

“The climate crisis is incinerating the planet, and Joe Biden is pushing a gas tax holiday instead of pushing to make mass transit free,” David Sirota, co-writer of the climate satire Don’t Look Up, wrote on Wednesday on social media. “We truly live inside Don’t Look Up.”

Others argued that in addition to giving fossil fuel companies a historic windfall, it will also starve the government of tax revenues used to maintain US infrastructure.

“Oil companies and gas stations will pocket most of the money and won’t even send President Biden a thank you card,” Democratic US rep Jared Huffman of California said on Wednesday. “Consumers will get no meaningful relief from this, it will just starve our highway trust fund of revenues.”

Earlier this year, House Speaker Nancy Pelosi questioned whether a gas tax pause was really just an attempt at “good PR” for Democrats ahead of midterms.

“The question is,” she said at the time, “Is it worth having to go get money, to return to cover the shortfall and the trust fund, in order to get a break to the Big Oil companies?”

Senate minority leader Mitch McConnell, meanwhile, said in February a gas tax holiday follows a Democratic “holy war on affordable American energy, and now they want to use a pile of taxpayers’ money to hide the consequences.”

The gas tax holiday is also seemingly at odds with Mr Biden’s own stance on fossil companies.

Last week, he wrote a letter to top oil company CEOs hammering them for making historic margins while not passing savings onto consumers.

Exxon, Mr Biden remarked at the time to reporters, “made more money than God this year,” even as gas prices have shot up.

“I understand that many factors contributed to the business decisions to reduce refinery capacity, which occurred before I took office,” wrote Biden in the letter, which was obtained by Axios. “But at a time of war, refinery profit margins well above normal being passed directly onto American families are not acceptable.”

In July, Mr Biden will reportedly visit America’s on-again, off-again ally Saudi Arabia, in a likely bid to continue encouraging the country to increase oil production, a request it has largely rebuffed despite persistent calls from the US.