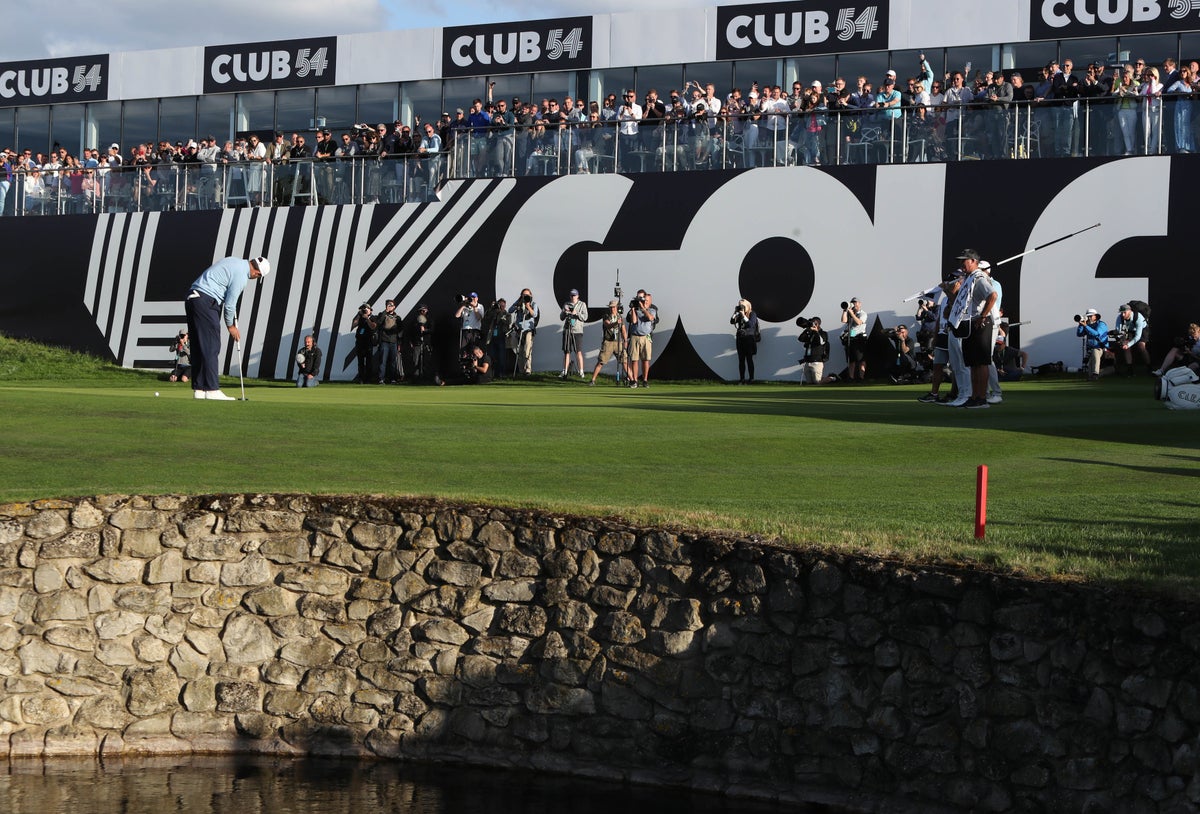 The DP World Tour has revealed players who have joined the Saudi-backed LIV Golf Invitational Series have been fined and will be suspended from upcoming events.

Players who played the first event of the rebel tour at Centurion Club without an official DP World Tour release have been hit with £100,000 fines.

Chief Executive Keith Pelley accused those who have joined LIV Golf of “undermining” the DP World Tour, formerly the European Tour, while underlining the “strategic alliance” with the PGA Tour, which has already banned players who played in St Albans.

Pelley added that DP World Tour players felt “disheartened” and “disrespected” by those who played the opening LIV Golf event.

DP World Tour stalwarts and Ryder Cup veterans Sergio Garcia, Ian Poulter, Lee Westwood and Martin Kaymer are among those sanctioned. While Patrick Reed, who has signed up for the second event in Portland next week, is an honorary lifetime member.

While Pelley also revealed there is no mention of the Ryder Cup in the initial sanctions due to qualification for the 2023 Ryder Cup yet to be announced.

“Every action anyone takes in life comes with a consequence and it is no different in professional sport, especially if a person chooses to break the rules,” said Pelley. “That is what has occurred here with several of our members.

“Many members I have spoken to in recent weeks expressed the viewpoint that those who have chosen this route have not only disrespected them and our Tour, but also the meritocratic ecosystem of professional golf that has been the bedrock of our game for the past half a century and which will also be the foundation upon which we build the next 50 years.

“Their actions are not fair to the majority of our membership and undermine the Tour, which is why we are taking the action we have announced today.”

Pelley added that further sanctions could materalise if players continue to play on the LIV Golf tour at its second event at Pumpkin Ridge Golf Club, which starts on Thursday, 30 June.

“It is important to note that participation in a further conflicting tournament or tournaments without the required release may incur further sanctions.”

The fines handed out pale into insignificance compared to the money on offer from LIV Golf, with Charl Schwartzel taking home £3.2million for winning the opening event, while last place at the 48-man, no-cut tournament collected £97,500.

Greg Norman, LIV Golf’s chief executive, also made a commitment for the organisation to pay any fines incurred by their participants: “We’ll defend you, we’ll reimburse your fines and we’ll represent you if you want to go down the legal route.”