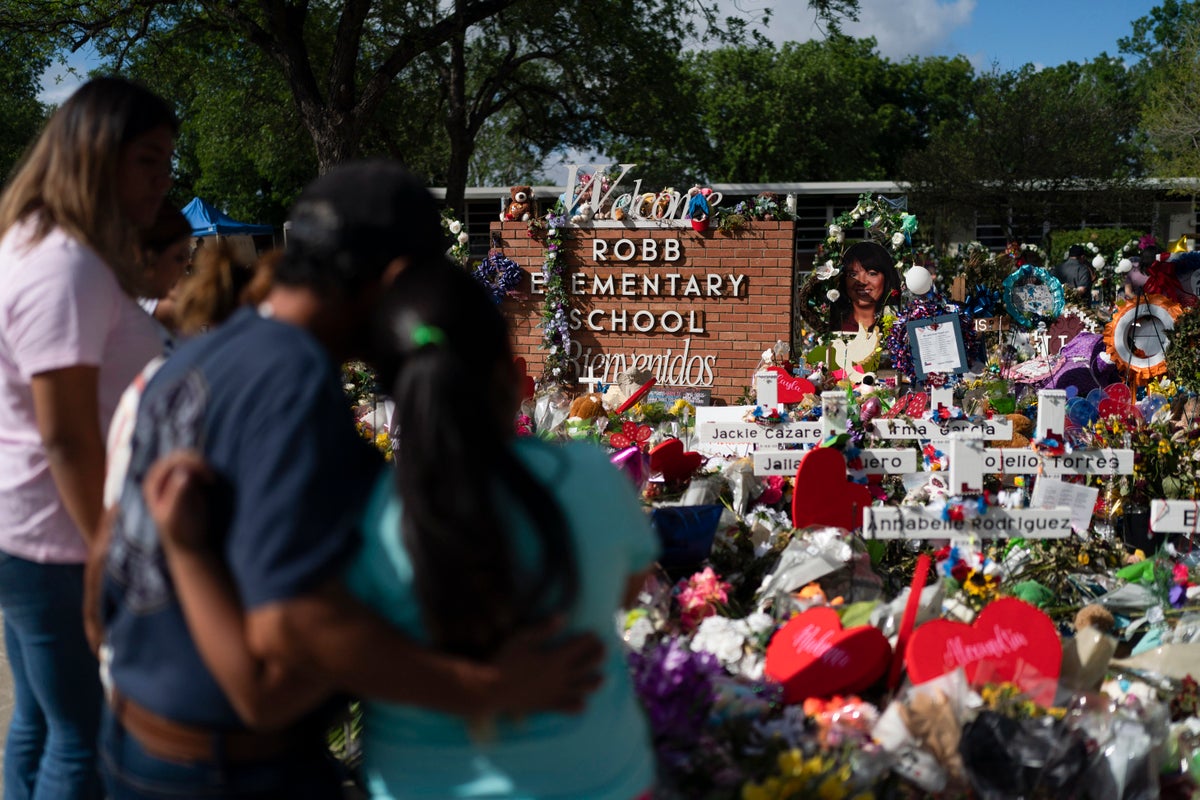 The family of a child killed in the Uvalde mass shooting was forced to leave a meeting about the massacre after an official complained that they were “intimidated” by them.

Journalists, a local chaplain and the relative of a victim were all asked to leave Uvalde City Hall on Monday afternoon ahead of a closed-door hearing before the Texas House of Representatives, according to CNN.

CNN reporter Shimon Prokupec tweeted that they were removed “because people are intimidated by us”.

“Texas legislators are meeting here with law enforcement behind closed doors,” he tweeted.

“The fire marshal also told a local chaplain and father of a victim to exit from the building.”

A video, posted online by Mr Prokupec, captures a fire marshall telling the journalist that they were all being asked to leave because “someone is intimidated”.

The footage shows the chaplain walking past saying that “all we want is the truth” and that they have “come here to protect the children”.

Another man is seen exiting the room wearing a badge featuring one of the victims’ faces.

Asked by the reporter if he is a parent, the man responds: “Yeah, I am and my kids are scared.”

The man was identified by the San Antonio Express-News as Brett Cross, the uncle of 10-year-old Uziyah Garcia – one of the 19 young children killed in the 24 May massacre at Robb Elementary School.

In the footage, the journalist then points out that the city hall is a public building and questions who and why someone would be intimidated by people’s presence.

“Why would they be intimidated by us?” Mr Prokupec asks the marshall, who tells him to leave.

When he asks if someone has complained, the official responds that a woman had a panic attack last week.

“Because reporters were in the room?” asks the journalist.

“Yes she just freaked out,” the marshall replies.

The House hearings are being held behing closed doors, sparking outrage in the Texas community at a time when victims’ families have accused law enforcement of a “cover-up” over the botched response to the massacre.

Uvalde School District Police Chief Pete Arredondo and other police officers involved in the response that day have given testimony before the House.

Law enforcement officials have stopped releasing information to the public about the shooting and have refused to comply with multiple media requests for information including surveillance footage, 911 calls and bodycam.

The timeline and information about the law enforcement’s response to the mass shooting have repeatedly changed since 24 May. Outrage has since been building over the 77-minute delay between when the gunman opened fire on his victims and when officers entered the classroom and shot him dead.

The Texas Senate is also holding hearings about the case, but doing so publicly.

The first hearing began on Tuesday morning with the testimony of Steve McCraw, director of the Texas Department of Public Safety, who described the law enforcement response as an “abject failure” where “the lives of officers above the lives of children”.

He revealed that officers could have ended the active shooting situation and begun rescuing the wounded and dying victims just three minutes after the gunman began opening fire inside.

Three officers armed with rifles and pistols and wearing body armour arrived outside the unlocked classroom at 11.36am – three minutes after Ramos entered the school and the classroom at 11.33am.

According to protocol put in place after the Columbine massacre in 1999, officers should not wait to enter an active shooting situation.

Mr McCraw said that even one officer with a gun is enough to try to tackle an active shooter situation.

Yet, a full hour, 14 minutes and eight seconds passed before law enforcement finally entered the classroom and shot the gunman dead.

Mr McCraw also testified that the door to the classroom appears to have been unlocked during the entire massacre but none of the officers tried the door handle.

He testified that the law enforcement response to the Uvalde mass shooting was an “abject failure” where the police chief “put the lives of officers above the lives of children”.

The hearing comes as questions continue to mount over the law enforcement response to the mass shooting, with a delay in officers entering the classroom and killing the gunman now believed to have cost lives.

One teacher died in an ambulance while three children died after reaching hospitals.