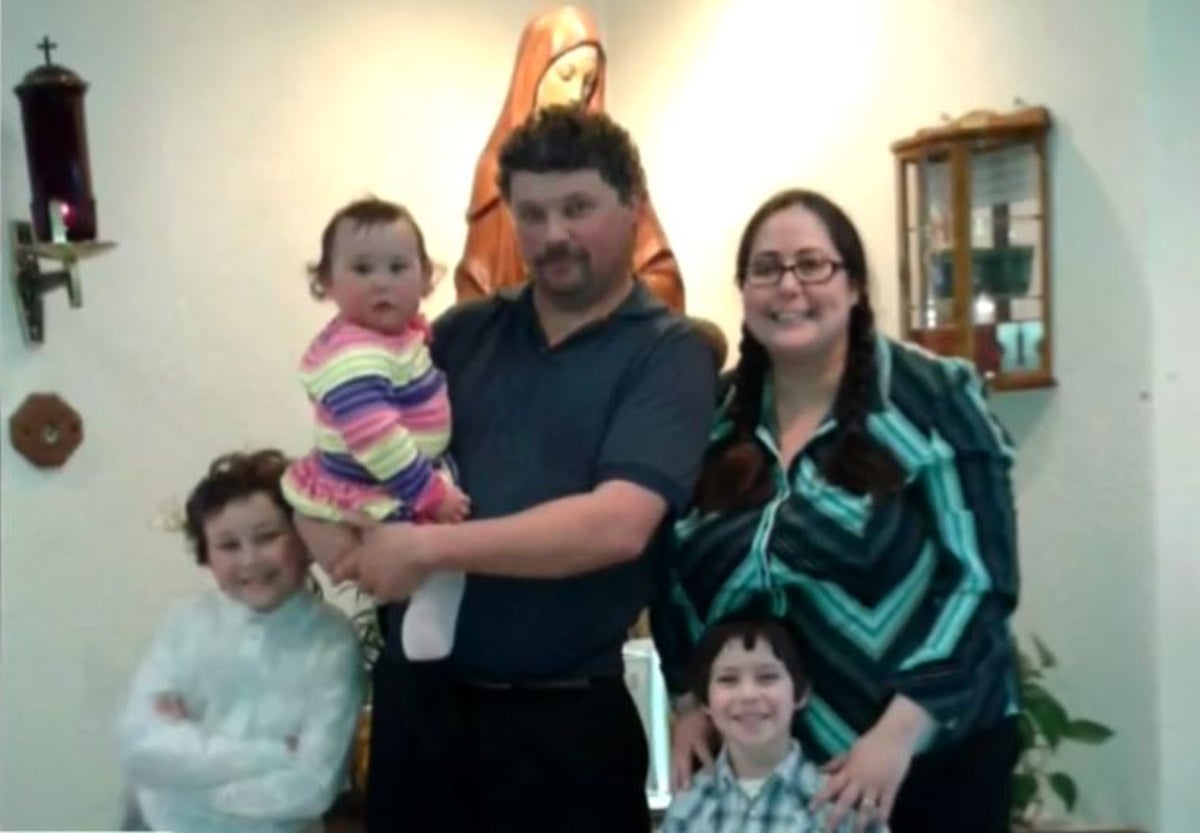 An Ontario man whose three young children were killed by a drunk driver in a car crash in 2015 has died by suicide.

“The losses to the Neville-Lake family are heart-wrenching,” he wrote on Twitter.

Lake was taken into custody and released on Monday morning following an incident at his home, where the police had to use a taser on him, according to the Toronto Sun.

Police were reportedly called to the home a second time in 24 hours by his wife Jennifer Neville-Lake due to concerns over his “actions in the backyard”.

“My children’s father, Edward Lake, has joined our kids so they can play together, forever,” Ms Neville-Lake wrote on Twitter.

On Sunday, she had shared a photo of their children’s grave on social media and captioned it: “Father’s Day 2022. This shouldn’t be real. It can’t be.”

The children were identified as nine-year-old Daniel, five-year-old Harrison, and their two-year-old sister Milly.

The accused was released on full parole in February 2021 after serving two-thirds of his reduced sentence.

On the day of his mandatory release, Ms Neville-Lake wrote: “My multiple life sentences will never end.”

If you are experiencing feelings of distress and isolation, or are struggling to cope, The Samaritans offers support; you can speak to someone for free over the phone, in confidence, on 116 123 (UK and ROI), email jo@samaritans.org, or visit the Samaritans website to find details of your nearest branch.

If you are based in the USA, and you or someone you know needs mental health assistance right now, call National Suicide Prevention Helpline on 1-800-273-TALK (8255). The Helpline is a free, confidential crisis hotline that is available to everyone 24 hours a day, seven days a week. If you are in another country, you can go to www.befrienders.org to find a helpline near you.