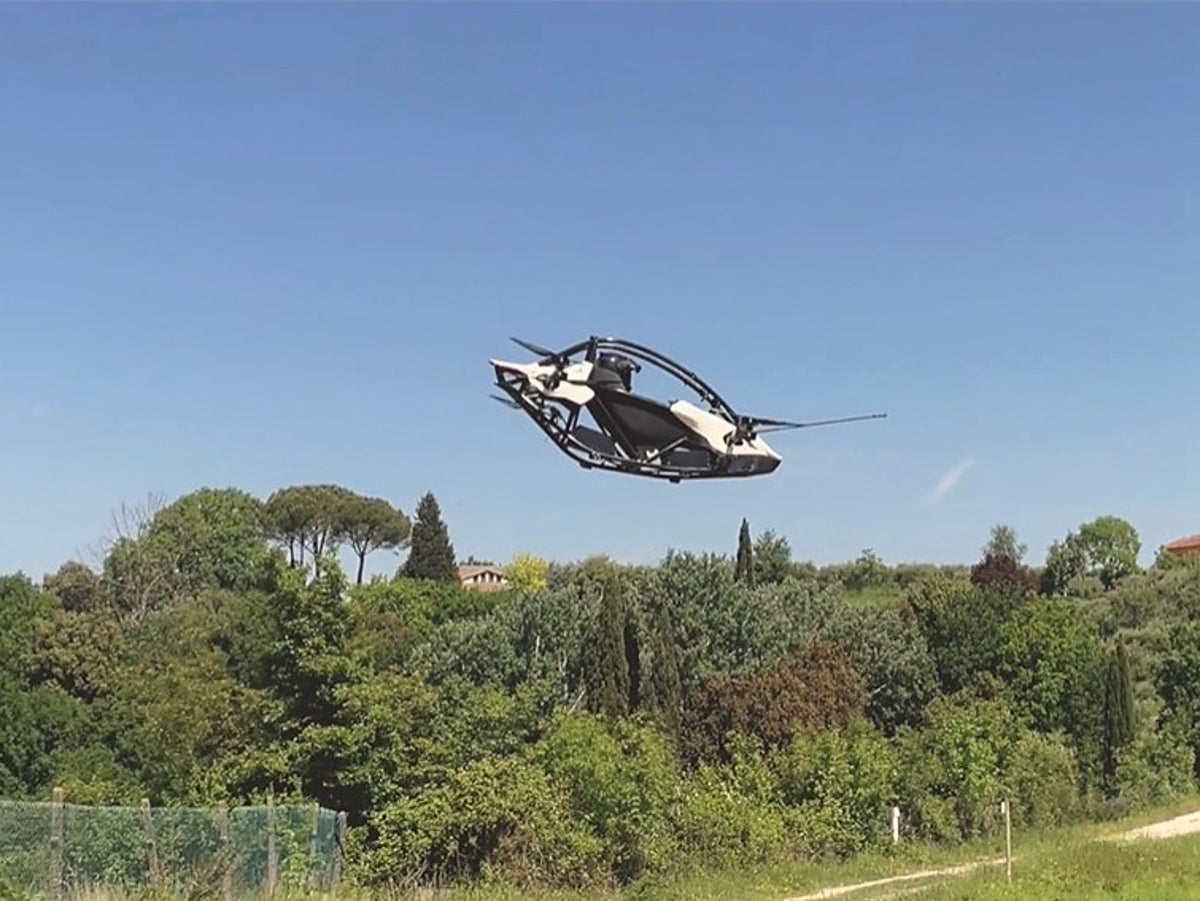 The founder of a flying car startup claims to have made the first ever commute to work using an electric vertical takeoff and landing (EVTOL) aircraft.

Tomasz Patan, who is also the chief technology officer of Jetson, flew the company’s $83,600 vehicle ONE from his home in Tuscany to work, cutting the usual travel time by car by nearly 90 per cent.

The low-altitude flight through the Italian countryside saw Mr Patan pilot the craft just metres above the ground in the one person craft, which resembles a large-scale version of a commercial quadcopter drone.

A video of the flight, which took place in May, was shared to the company’s official Facebook page, together with the tagline “Everyone is a pilot”.

Jetson claims that the EVTOL craft will not require a pilots license to operate, though regulations and laws may prohibit its use in most countries.

“We are incredibly proud to share that after months of rigorous trial and testing we completed the world’s first EVTOL commute,” a statement from the company read.

“A momentous occasion for the emerging EVTOL sector. As pioneers, we are focussed on further pushing the envelope during this aviation renaissance.”

Powered by a lithium-ion battery, the aluminium aircraft has a top speed of 102 kilometres per hour (63 miles per hour) and can carry someone weighing up to 100kg.

It also comes with a ballistic parachute that rapidly deploys in the event of an emergency.

“Our long-term goal is to democratise flight. We firmly believe the EVTOL is the future for mass transportation,” said Mr Patan.

“The Jetson is built like a Formula One car for the sky and incredibly fun to fly. Most importantly, the Flight Stabilisation System makes flight super easy.”

Jetson is one of numerous ‘flying car’ startups that are making use of significant battery and aviation advances in recent years to reimagine the way people travel in the future.

Investments in Urban Air Mobility (UAM) solutions grew from $76 million in 2015 to $1 billion in 2021, according to research published by GlobalData, heralding what it called a “new mobility revolution”.