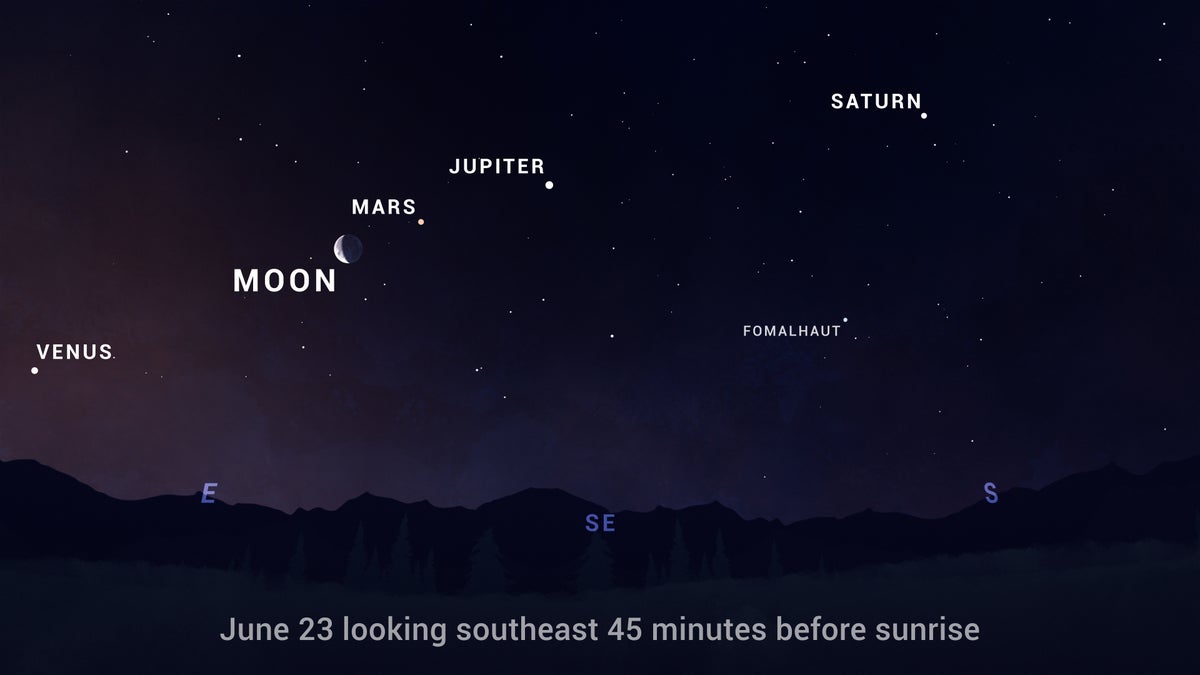 Friday could be the best day for early risers in North America to catch a rare celestial event: the alignment of five planets in order of their distance from the Sun.

Since the beginning of June, Mercury, Venus, Mars, Jupiter and Saturn have traced an elliptic arc in the East to Southeastern sky just before and after dawn. But Friday Morning will see a new addition to the line up, a crescent Moon will rise in the space between Venus and Mars, a proxy for Earth in the planetary procession.

So long as conditions are clear, all the planets should be visible with the naked eye just before dawn, which is 5.12am EDT for observers around Washington, D.C.

The Moon hasn’t been entirely absent from the morning view, and will appear in the sky to the right of Mars on Wednesday morning. Thursday morning will see the Moon take its place between Venus and Mars, but the alignment won’t show the perfect balance to be seen on Friday morning.

It may be the last, best chance to view this planetary alignment for some time.

The last time the five planets were aligned in the dawn sky was 2004, according to the American Astronomical Society. As summer grows older, Jupiter and Saturn will move further away from the inner planets, eventually moving out of the morning sky by September.