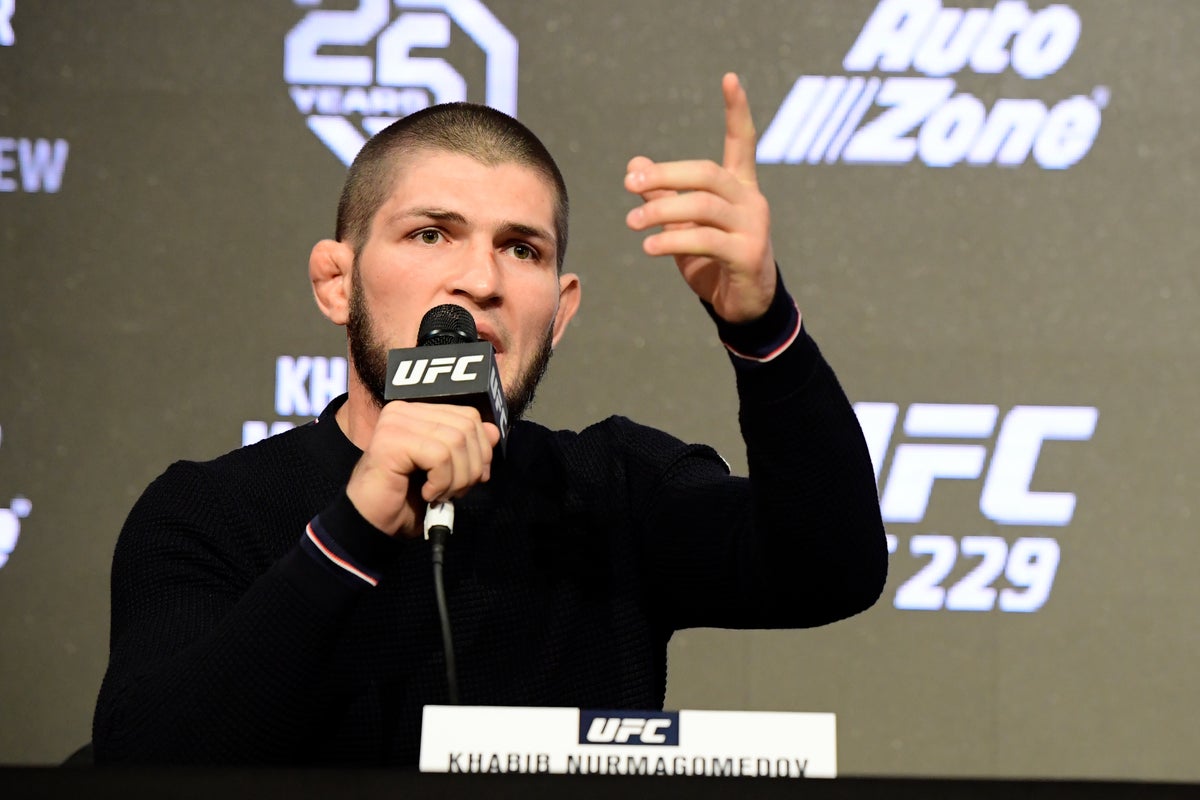 Khabib Nurmagomedov would finish Israel Adesanya within three rounds if they met at middleweight, according to the former lightweight champion’s manager.

Khabib retired undefeated in 2020 and with a perfect 29-0 record but has so far resisted any temptation to step back into the octagon.

The 33-year-old only ever fought at lightweight during his UFC career but has been pictured taking on heavier fighters in the gym.

The Dagestani’s manager, Ali Abdelaziz, has even claimed that Khabib’s current weight stands at 200 pounds and has suggested that he could end Adesanya’s reign at middleweight.

“If Khabib comes tomorrow and cut to 185, he will stop Israel Adesanya in three rounds, this is my opinion,” said Abdelaziz to Sherdog.com.

“Styles, if Khabib want to come back and talk with Dana White, say, ‘Let me fight at middleweight,’ he will finish Israel Adesanya in three rounds because the style of fights.

“Adesanya cannot stop his wrestling, he cannot stop his grappling. Striking, of course, Israel is the best striker on this planet. But Khabib can come back and fight middleweight and become a champion today.”