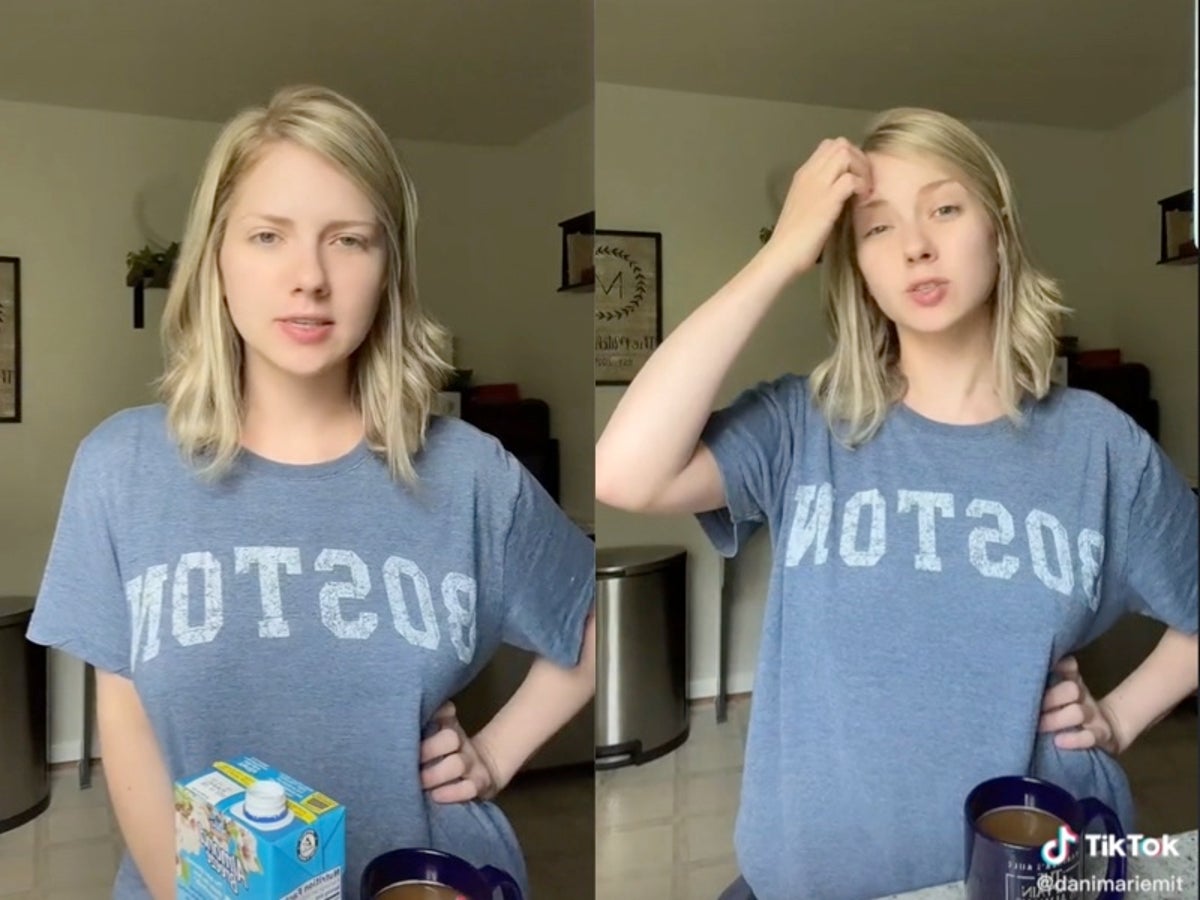 A mother has sparked a debate after questioning whether it was “normal” for her babysitter to fall asleep while watching her 10-month-old son, or whether she is justified in being upset.

Danielle Mitchell, who goes by the username @danimariemit on TikTok, recounted the incident in a video posted to the app earlier this month, in which she began by asking: “Am I overreacting?”

Mitchell then went on to explain that she and her husband hired a babysitter for their son for the first time so that they could go out to an early dinner, but that the babysitter “fell asleep while watching him”.

According to Mitchell, she and her husband, who typically leave their son with his grandparents, usually don’t leave until he is fully asleep. However, she noted that, in this instance, she and her husband tried to put him down to sleep before they left, but that he’d really just wanted to be held.

In the video, Mitchell said that the babysitter contacted her after they’d left to inform her that the toddler wanted to be rocked for just 15 minutes and then he went to sleep.

“And then he was asleep the rest of the night. And we were only gone three hours,” Mitchell continued. “It was the first time we left him with someone other than my parents, we were only gone from 6.30pm to 9.30.”

However, Mitchell then revealed that, because she and her husband have cameras throughout their house, she was able to see when she checked around 9pm that the babysitter appeared to be asleep on the couch.

According to Mitchell, she initially assumed that the babysitter was lying on the couch listening to her book. When she realised that the family’s dog was still outside, however, she texted the babysitter to ask if she would let the dog in.

“We watched the camera to see if she would move or anything and she didn’t,” Mitchell continued. “So then we knew she was asleep.”

At this point, Mitchell said she was “starting to freak out,” as she acknowledged that she had trusted the babysitter to watch her son. However, she noted that her son was “also asleep” during this time.

According to the TikToker, she and her husband decided to return home, at which point she said it took the babysitter a few seconds to wake up.

Mitchell also noted that she had left a sound monitor at home, and that she decided to check whether the babysitter had placed it next to her on loud volume, so that she would wake up in case the baby woke. However, according to the TikToker, the sound monitor was not on.

“So now I don’t know what to think,” she continued. “Is it normal for your babysitter to fall asleep when they’re watching your kids, if you’re back by 9.30? It wasn’t like we were back at 2am. We were back by 9.30.”

The video has since been viewed more than 1.6m times, with hundreds of viewers weighing in in the comments.

According to many viewers, Mitchell was not overreacting, with some claiming the situation was “not okay”.

“Definitely not normal. I’ve babysat for dozens of families and have NEVER fallen asleep. 100 per cent not okay imo. You’re paying her to watch your kid, not to sleep,” one person commented.

Another said: “If you are back at a reasonable time and that person is being paid to be there to watch her kids I feel like they should stay awake.”

However, many others claimed that it wasn’t a “big deal” for the babysitter to fall asleep, but that she should have had the baby monitor on.

“Her falling asleep isn’t a big deal but the sound monitor being off is definitely a problem,” one person wrote, while someone else said: “I think it’s fine to fall asleep if the baby is asleep, definitely should have had the baby monitor on and next to her though.”

“Dad of five here. Unless your child has some at-risk medical condition, it’s fine for the babysitter to sleep. IMO,” another person wrote.

Others assured Mitchell that her reaction was a typical reaction of a first-time parent, but that the babysitter’s behaviour was “completely normal”. “I would ask her to bring the dog in before she rests going forward,” one person wrote, adding: “Definitely a first-time parent over-reaction, which is normal.”

“I babysat a lot as a teen and I often fell asleep after the kids. As a parent now, I would 100 per cent be okay with this as long as the doors are all locked,” someone else said.

However, there were also those who questioned Mitchell’s cameras, with many viewers asking whether the babysitter was aware that she was being watched.

“You’re the parent so you get to decide but this is pretty normal if the baby is already asleep,” one person wrote. “Also please always make sure someone knows there are cams.”

In response to the comment, Mitchell revealed that the babysitter knew about the cameras beforehand, before noting that she was “learning everyone has their own opinion,” but that it makes her more comfortable for a babysitter “to either not nap or have the monitor at 100 per cent”.

In a follow-up video in response to a comment that pointed out Mitchell also sleeps when her son is asleep, she noted that she is his mother, which means she is “a little more attune to him than a random person”.

“So, if he wakes up and is crying, I’m literally up in a split second, and second, I’m not getting paid, but I am paying the babysitter,” she added.

While viewers were divided by Mitchell’s initial video, Kidsit, an informational website for babysitters, states that “sleeping on the job is usually not recommended,” as “you need to be awake and ready to tend to any needs of the children you’re watching”. However, the website does note that there are some exceptions, such as if you’re babysitting overnight.