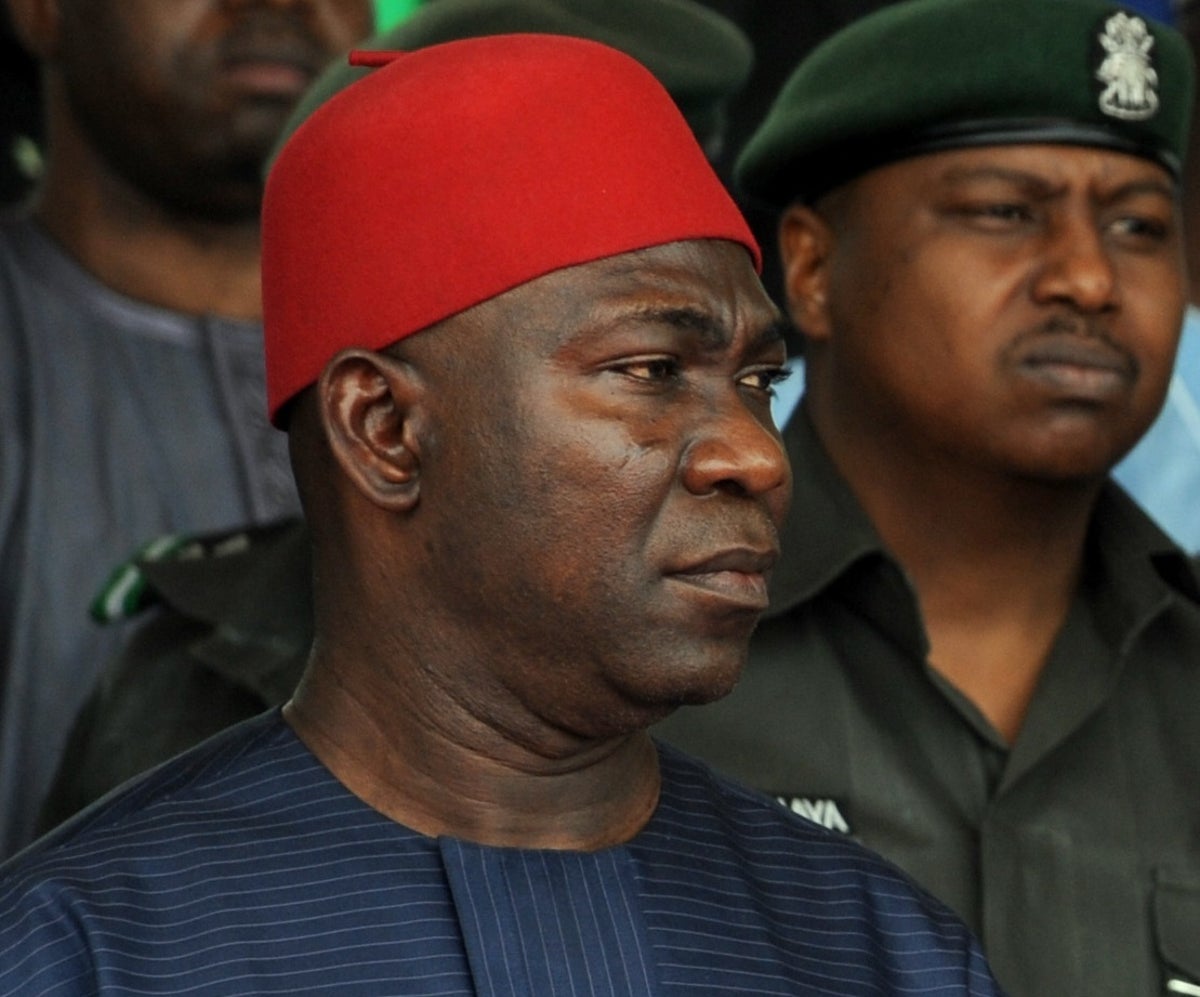 A Nigerian politician has been charged with allegedly plotting to harvest the organs of a child in the UK.

Ike Ekweremadu, 60, a district senator and lawyer, has been charged alongside a second defendant, Beatrice Nwanneka Ekweremadu, 55, with conspiracy to arrange and/or facilitate travel of another person with a view to exploitation.

The Metropolitan Police confirmed the charge following an investigation by the force’s specialist crime team.

They have both been remanded in custody and will appear at Uxbridge Magistrates’ Court on Thursday, the Met said.

The investigation was launched after detectives were alerted to potential offences under modern slavery legislation in May 2022.

Mr Ekweremadu is one of the most senior and well-connected politicians in Nigeria. He is a member of the main opposition group, the People’s Democratic Party, and has served as a senator for the south-eastern Enugu State since 2003.

Mr Ekweremadu is a long time ally of Nigeria’s former president Goodluck Jonathan and served as the Deputy President of the Nigeria Senate, one of the most powerful positions in the country, from 2007 to 2019.

“A call to render any service in the educational sector is a call to serve humanity and I am always highly appreciative of it”, he said.

The Met said the child – whose age and sex is unknown – is being safeguarded and the force is working closely with partners to provide support.

Organ harvesting involves removing parts of the body, often for commercial gain and against the will of the victim.

The World Health Organization estimates that between five and ten per cent of global organ transplants are performed using illegally sourced organs.

The Metropolitan Police said in a statement: “A woman and a man were charged today with conspiring to arrange the travel of a child into the UK in order to harvest organs.

“The charges follow an investigation by the Metropolitan Police’s Specialist Crime team.

“Beatrice Nwanneka Ekweremadu, 55 (10.9.66) of Nigeria is charged with conspiracy to arrange/facilitate travel of another person with a view to exploitation, namely organ harvesting.

“Ike Ekweremadu, 60 (12.05.62) of Nigeria is charged with conspiracy to arrange/facilitate travel of another person with a view to exploitation, namely organ harvesting.”

A University of Lincoln spokesperson: “Visiting Professors are often, as is in this case, non-resident at the University, unpaid and advisory.

“We are deeply concerned about the nature of these allegations but as this is an active police investigation, we cannot comment further at this stage.”

The Independent has approached the People’s Democratic Party for comment.