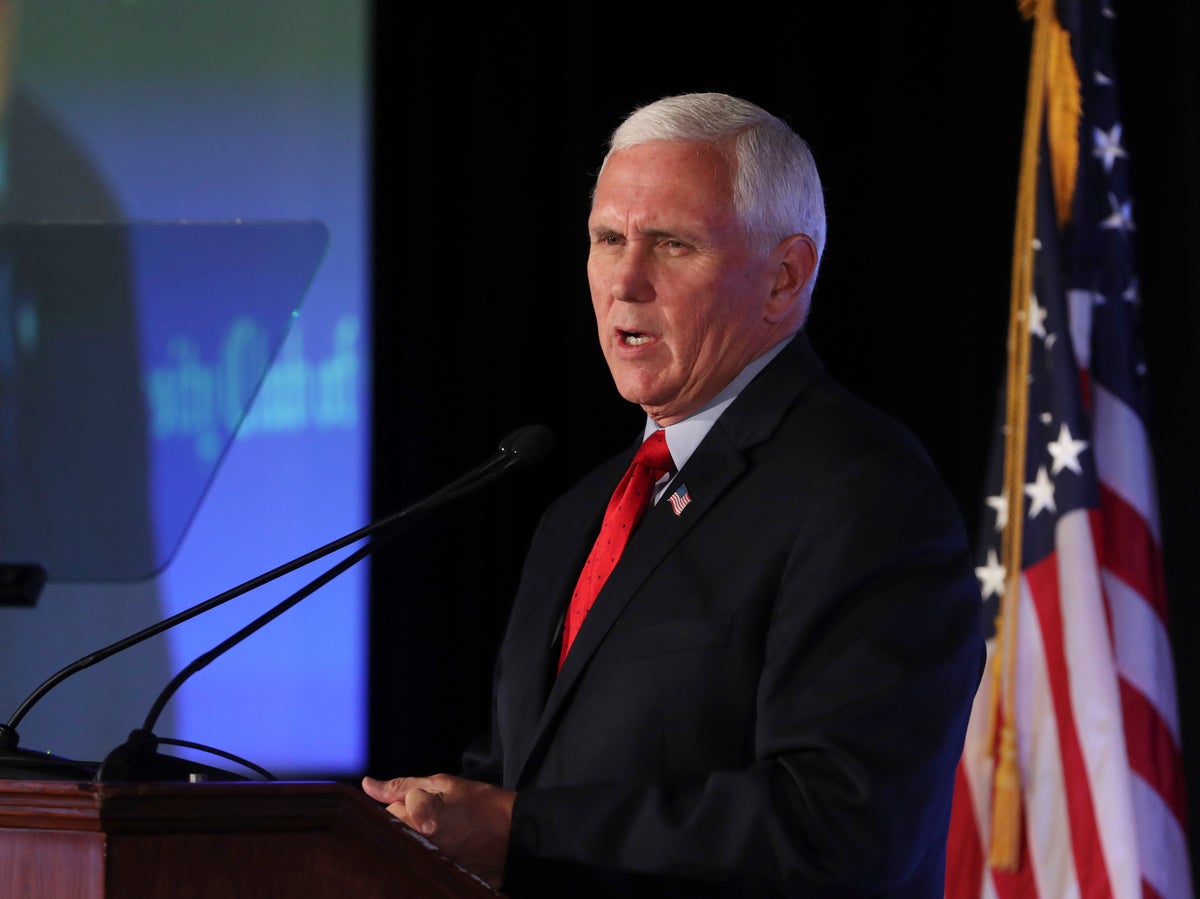 Former vice president Mike Pence, who was victimised by Donald Trump for refusing to illegally throw the 2020 election result out of Congress on 6 January 2021, has slammed Joe Biden as the most falsehood-prone president of his lifetime.

Mr Pence gave his opinion in an interview with Fox Business Network host Larry Kudlow, who also served as director of the National Economic Council under Donald Trump from 2018 to 2021.

The interview was primarily focused on the state of the economy, which Mr Pence addressed in the latest of a round of major speeches he has been giving across the country in recent months. At one point, however, Mr Kudlow went on a tangent, musing without apparent irony that Mr Biden is an unprecedentedly dishonest president.

“Have you ever seen a president who refuses to accept blame, and I want to add to that, commits so many falsehoods – I’m being very polite here calling it falsehoods – on any given day, he’s out there saying stuff that just ain’t true. You ever seen anything like that?”

“Never in my lifetime,” Mr Pence responded, immediately drawing ridicule given that he served under Mr Trump – who aside from being notorious for his constant lies and misrepresentations is reported to have suggested Mr Pence should be hanged by a mob because he failed to overturn the 2020 election on a false and illegal pretext.

Mr Pence is widely thought to be laying the groundwork for a potential 2024 presidential campaign, something he has repeatedly declined to rule out. While he broke with Mr Trump on 6 January 2021 and still insists he was right to do so, he has since denied any lasting rift between the two men, though they have not been seen in public together for some time.

Whether Mr Pence would challenge Mr Trump head-on should he run for reelection is unclear. But with other Republicans including Ron DeSantis and Tom Cotton making moves that indicate they might run regardless of the ex-president’s intentions, it is becoming evident that a 2024 primary featuring Mr Trump might be competitive despite his still-high standing in the Republican Party.