Remains exhumed from Native American school on Army base do not match boy believed buried there, military says 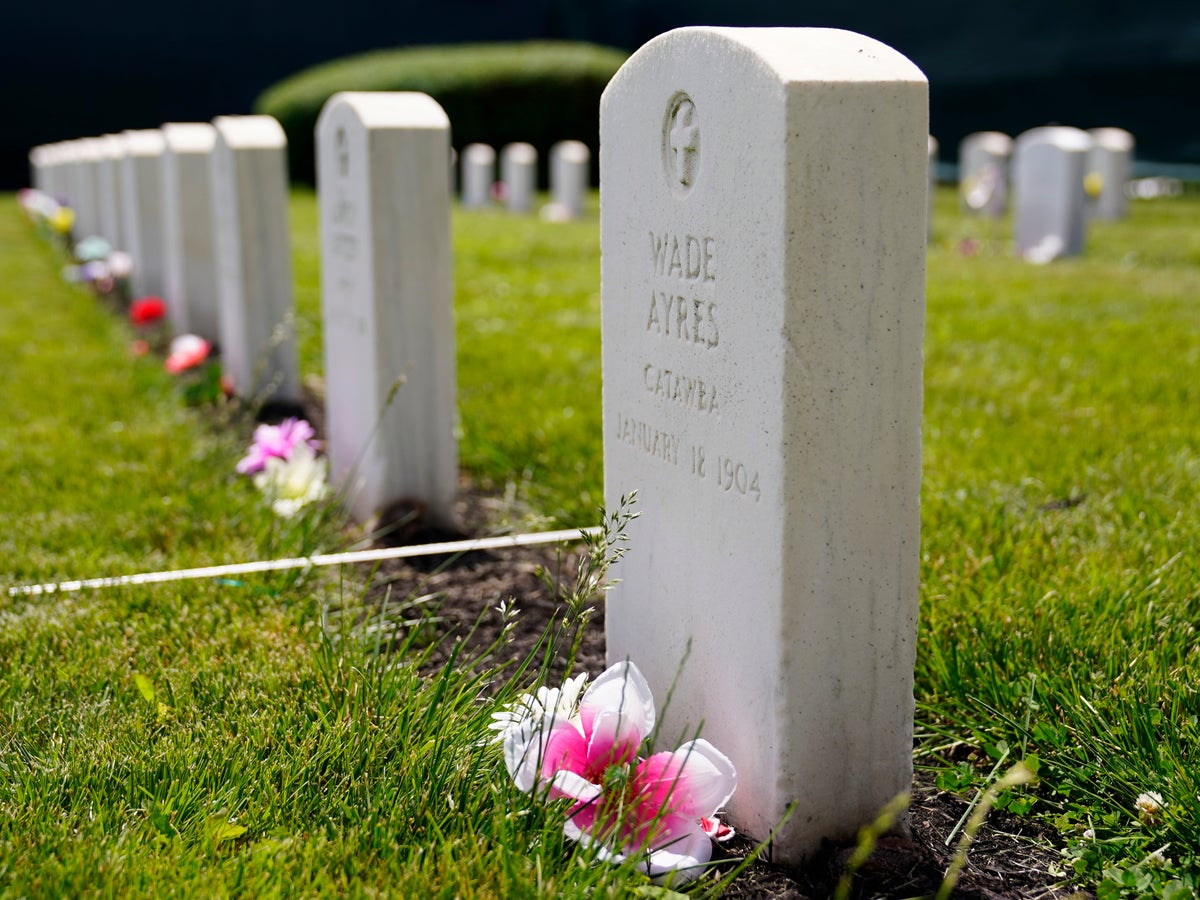 The US Army said that remains disinterred from a cemetery at Carlisle Barracks in Carlisle, Pennsylvania, did not belong to the Native American boy who was recorded to have been buried there.

The military made the announcement on Saturday after it exhumed the remains of grave B-13, which was believed to have been the final resting place of Wade Ayres, a Catawba Indian Nation teenager who died in 1904.

However, the remains did not match a 13 or 14-year-old boy, but were instead those of a girl or woman between the ages of 15 and 20.

After discovering the girl’s remains, they were returned to the grave which is now marked “unknown.”

“The Army is committed to seeking more information in an effort to determine where the remains of Wade Ayres are buried so that he may be returned to his family and the Catawba nation,” the Army said in a statement.

More than 20 sets of Native American remains have already been transferred to family members in earlier exhumation efforts.

The school saw more than 10,000 children from 140 tribes pass through its doors between 1878 and 1918. The school was intended as a way of forcing Native Americans to integrate into white society during that period.

The children were forcibly separated from their families and cut off from their cultural traditions, languages, and rituals, with punishments doled out to those who would not conform.

Students were often forced to cut their hair, change their names, convert to Christianity, and were prohibited from speaking their native tongues.

Around 186 children were originally buried at the cemetery located at the site. The school was the first government-run boarding school for Native American children in the nation, and served as a model for other similar facilities throughout the country.

Many of the children died as a result of disease and the harsh conditions at the facility. Many of the students were eventually returned to their families, but not before nearly 200 died at the site.

Jim Thorpe, an iconic gold-medal winning Olympian and professional football player, was a student at the school.