Biden's mission in Europe: Shore up alliance against Russia 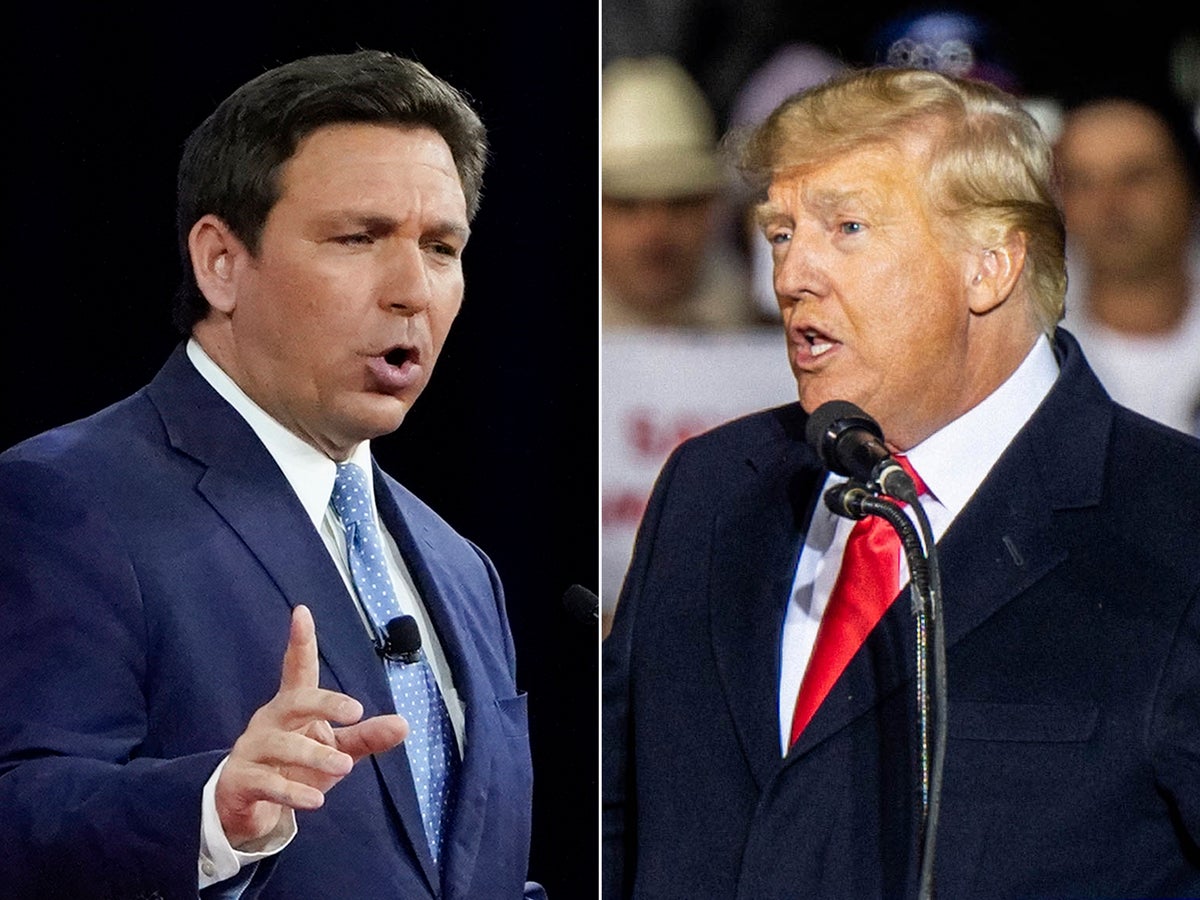 Donald Trump claimed to be responsible for securing Ron DeSantis’s position as Florida governor after being asked to speculate about whether the fellow Republican would make a run for president in 2024.

In a Monday night appearance on the right-wing Newsmax channel, Mr Trump was asked by the host what his thoughts were on the Florida governor making a run for commander-in-chief on the GOP ticket, a potential rival who the former US president has indicated he would surely beat if he did decide to run.

“Well, I don’t know that he wants to run, you know, I have a good relationship with Ron,” the one-term president began, adding that they’ll have to wait to “see what happens”.

“But I was very responsible for him getting elected, as you know,” he said, after couching his response with several comments about not being sure if the Florida Republican will challenge Mr Trump in 2024.

Mr Trump’s remarks about Mr DeSantis’s loyalty arrive after intense speculation that the governor could potentially unseat the twice-impeached president as the frontrunner on the GOP ticket for 2024.

Politico reported over the weekend that the right-wing Floridian is gaining attention from some of the wealthiest donors within the Republican Party, many of whom backed Mr Trump in his first successful campaign for the presidency in 2016.

Mr DeSantis, an avowed ally of the “Make America Great Again” president, faces reelection in the fall and has creatively deflected the question of running in 2024 whenever asked by reporters. Recent polling from GOP activists suggests that he could be favoured over the man who claims to be “responsible” for getting the Florida governor to the state office.

Mr Trump, who has also craftily dodged the ”DeSantis 2024” question when it arose, came out much stronger in a recent interview with The New Yorker on Monday.

“I don’t know if Ron is running, and I don’t ask him,” he told The New Yorker. “It’s his prerogative. I think I would win.”

While speaking with Fox Business Network in April 2021, the one-term president described the Florida governor as not only a potential vice-presidential pick, but also a close companion.

“He’s a friend of mine,” he said during an interview with host Maria Bartiromo. “I endorsed Ron, and after I endorsed him, he took off like a rocketship.”